I heard from a friend today, a beautiful woman named Roz whom I respect and admire. She is an African-American teacher in Florida; I came to know her when my daughter was one of her students years ago. I adore Roz, and my daughter does, too.

She said a lot of thoughtful things about the Confederate flag controversy, and ended with this: "I'm yearning for a symbol of unity."

Because I've been outspoken about the flag, I believe some have looked askance at my motives. The flag, to me, represents The South in general and honors my ancestors who sought to defend their homes and families. Nothing more, nothing less. I think that makes me misunderstood.

Being born and raised in Alabama—an Alabama freshly scarred and healing from the Civil Rights Movement—meant I was exposed to racism early on. I believe this can either engender racism or, as is the case with me, make a person adamantly determined to head as far in the opposite direction as possible. It disgusted me. My children can tell you they were brought up to be respectful of all people and never, ever to utter a racial slur. Never.

As an adult I've been all over the country, and I sincerely believe the best relationships between black and white are found in Alabama. I have African-American friends who feel the same way. Maybe it's because we've endured so much side by side; we have been part of each other for so many years. The most virulent, burn-your-ears and burn-your-heart racist I've ever known hails from a New England state.

My point is: don't assign characteristics to anyone based on geography, folks.

Meanwhile, back in Alabama:

My favorite teacher of all time was black. (I believe that's the term she'd prefer.) I learned so much from Mrs. Storey, and never realized what she must've endured outside our sixth grade classroom. I only knew she was pretty and smart and kind. The character Lily in my books was greatly inspired by my love of that woman. Long after Lily was written but prior to Delaney's People's publication, I met a wonderful lady named Melinda who is also black (again, her term) and one of the most delightful people I've had the opportunity to discuss the world with. We get our hair done at the same salon. Melinda caused me to run home and edit most of Lily's dialogue and give it new authenticity. Much of what Lily says and does—for better or for worse—comes directly from Melinda. She's proud of that and loves when I tell people.

So, Roz, I don't know what symbol can unite us, unless it's this one: 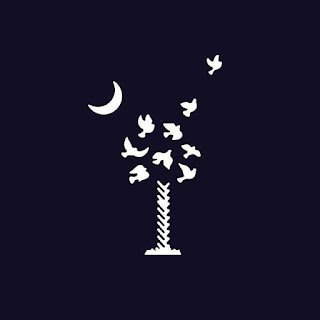 It's a good place to start, in memory of nine innocents senselessly slaughtered.

As far as the Confederate flag is concerned, I believe each state should allow its citizens to vote whether it should be displayed on capitol property. In Montgomery, ours flew not over the Capitol but at a memorial on state ground. Governor Bentley ordered the flags removed, and I believe the people should get to make the choice whether they go back up.

I can't speak for South Carolina, still reeling from the massacre in Emanuel AME Church.

I know this: I believe absolutely in states' rights, as my forefathers did. Let the people decide and they will own their choices. There will be unrest as long as they feel disenfranchised by politicians holding a finger to the wind.

We need to find our way together, side by side.

Love from Delta.
Posted by Beth Duke, Author of Delaney's People, Don't Shoot Your Mule, It All Comes Back to You, and Tapestry at Monday, June 29, 2015 No comments: