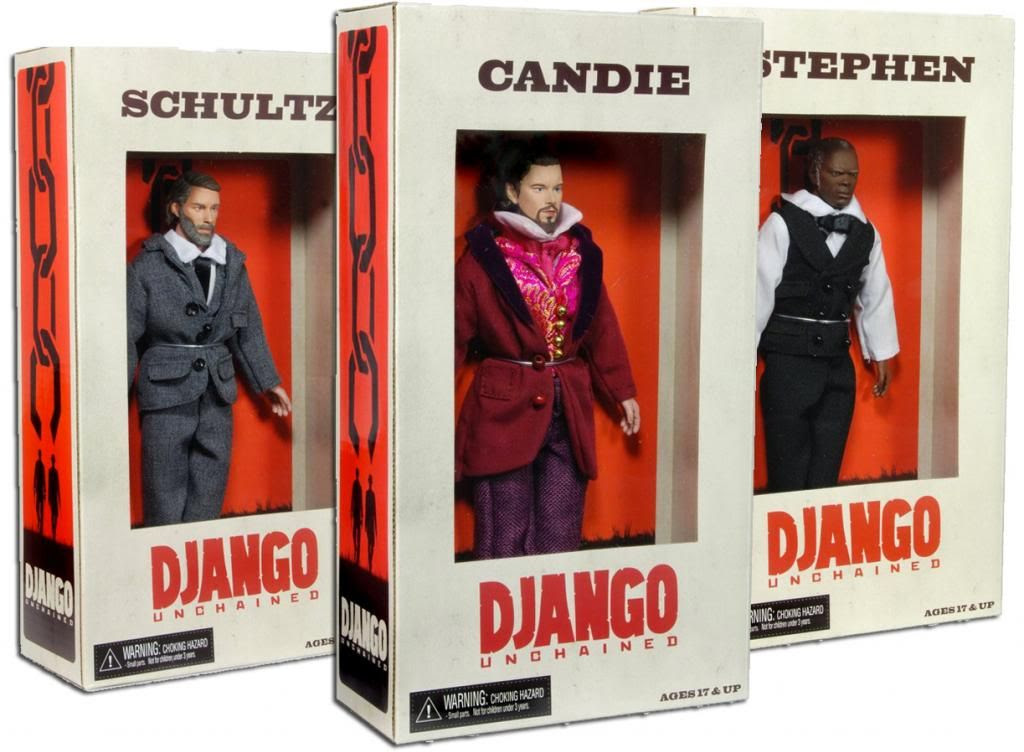 So, producers of Quentin Tarantino's Django Unchained ordered a halt to the production of action figures based on the Oscar-nominated slavery flick after criticism they were offensive to African-Americans.

I have not seen Django Unchained, because a) I am not a Tarantino fan, and b) it looks repulsive. The endless re-hashing of 19th-century history is not appreciated in these (forgive the phrase) quarters.


The movie has been attacked by some African-Americans for its portrayal of slavery and its (signature Tarantino) violence. Despite the controversy, the film was nominated for five Oscars, including best picture.

Al Sharpton's National Action Network was among the groups to criticize the action figures.

"Selling this doll is highly offensive to our ancestors and the African-American community," K.W. Tulloss, president of the Los Angeles branch of National Action Network, told the New York Daily News.

I don't think "action figures" are in order, or even remotely socially acceptable. Are we expecting our children to re-enact horrific scenes?

Tulloss said, "We don't want other individuals to utilize them for their entertainment, to make a mockery of slavery."

I agree. Should we expect Jews-in-Egypt slave dolls? Plastic Captured-British-Saint-Patrick-in-Ireland slave replicas? I cannot see any value in the perpetuation of an agonizing chapter in American history, or any of the other shameful human exploits of the past 2000 years or so.


Love and peace from Delta.


Posted by Beth Duke, Author of Delaney's People, Don't Shoot Your Mule, It All Comes Back to You, and Tapestry at Friday, January 18, 2013