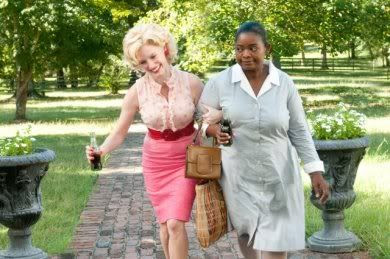 The buxom blonde you see at left is Jessica Chastain as Celia Foote in the movie version of The Help, released on August 10th. It should interest and encourage women the world over to learn that Miss Chastain once felt awkward and less than confident about her looks. “All of a sudden I’m auditioning for TV shows and everyone is really beautiful, tall, blonde, and perfect-looking, and I’m tall, freckly, and not I guess ‘conventionally’ beautiful,” she said of her show business beginnings.
In 2006, she starred with Al Pacino in Salome. The play was first performed in Los Angeles, and called for her to appear nude in front of 1,400 theatergoers every night.“I was being cast as this woman who is this object of desire in the play,” said Chastain. Suddenly she felt beautiful enough. Salome may have launched her career, but The Help is the movie that is going to skyrocket Jessica. Her Celia is a sensitive, ditzy-blonde-with-a-soft-heart classic.
I loved Kathryn Stockett's novel from the first page, so I fully anticipated hating the film version. Characters never look right, settings are never up to my imagination's par, and dialog always seems a little off to me. I am regularly annoyed by faux Southern accents in theaters. Anachronisms bug me.
I am a seriously picky moviegoer.
The Help is a triumph on several levels, portraying the racial divide in 1960's Mississippi with candor and a big dollop of emotion. I cried at least five times while watching it unfold yesterday—though there are plenty of laughs as well. The audience was about evenly split between black and white, and we suffered together, enjoyed the same jokes and ultimately applauded as the credits rolled. Movies like this one serve to remind us how far we've come.
While Jessica Chastain is getting famous, her co-stars are undoubtedly gaining a lot more attention in Hollywood. Emma Stone is perfectly cast as Skeeter. I wasn't too sure about Allison Janney portraying her mother Charlotte, but I was wrong. She carried off her role with great aplomb. Viola Davis and Octavia Spencer absolutely shine as Aibileen and Minny.
Best of all, Bryce Dallas Howard plays the best bitchy Junior Leaguer ever as Hilly Holbrook. She deserves an Academy Award nomination.
Bless Sissy Spacek's heart for giving us the perfect Missus Walters.
It could be argued that the biggest star in the movie is the sets, elaborately constructed and lovingly detailed for authenticity. Production designer Mark Ricker studied old copies of Better Homes & Gardens and—more importantly—our touchstone Gone With The Wind for inspiration. 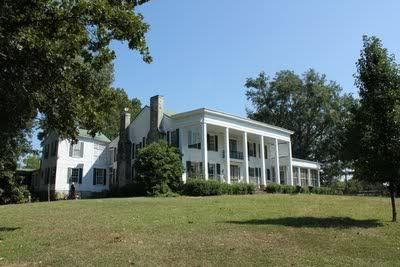 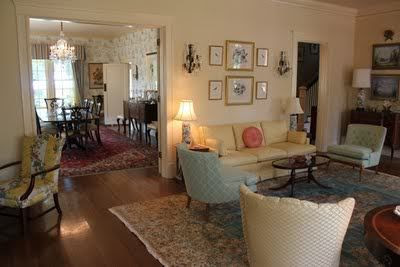 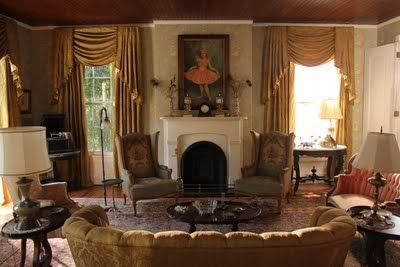 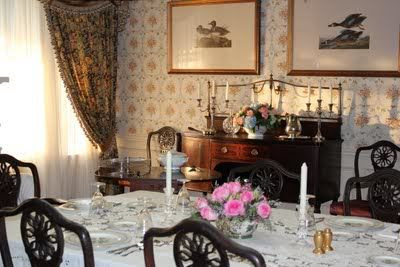 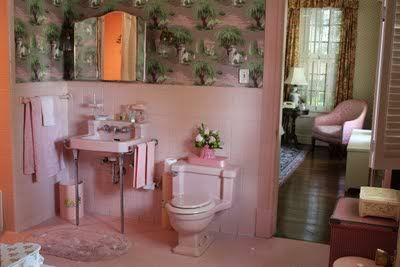 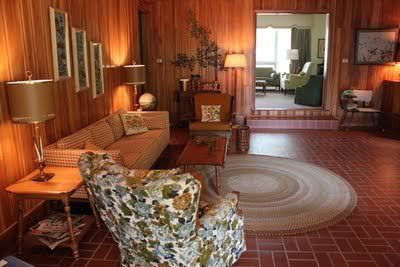 That's right, you just stepped into the sixties . . . wood paneling and all.
Go see The Help. You can say you knew Jessica Chastain before the rest of the world discovered her, and you'll be glad you saw a truly wonderful movie. 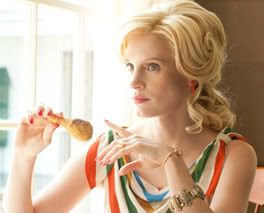 Love from Delta.
Posted by Beth Duke, Author of Delaney's People, Don't Shoot Your Mule, It All Comes Back to You, and Tapestry at Thursday, August 11, 2011