Why People Throw Up On Bourbon Street

I used to have a friend who had an extreme phobia of vomiting. The clinical term for this is "emetophobia." Hers was so pronounced that she avoided New Orleans, because—well—people throw up there a lot. Especially on Bourbon Street and its environs.

Today there is a whole new reason to hurl on Bourbon, and it has nothing to do with free-flowing devil water. Harvey (I Am A Bama Fan So I Poisoned Auburn's Trees) Updyke was spotted there. He's in town for the big game tonight. 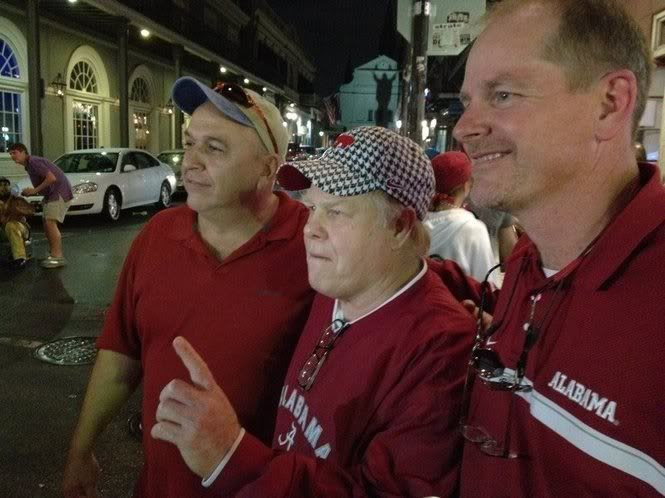 Ugh. There are a million things-could-get-ugly-in-NOLA-tonight jokes, and Harvey is the perfect punchline.
He says he is tired of his 15 minutes of fame, but enjoyed being a popular destination for fans Sunday night. Many of them reportedly stopped him begging for autographs and photos while he was strolling up and down Bourbon Street. 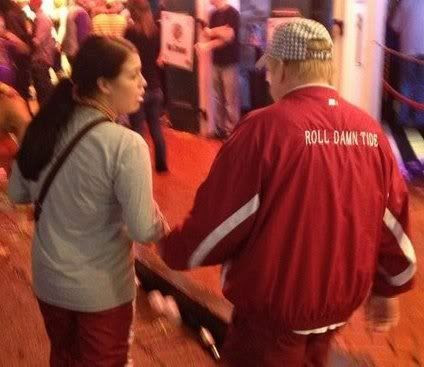 Updyke claimed he has been approached by several people to write a book about him.

Are you starting to feel nauseated yet?

Whether or not the Crimson Tide prevails this evening, I am deeply proud of our team. They represent Alabama well. Harvey? Well, I wish he had stayed at home—better yet, that he would return to his native Texas and inflict himself on a team there.


Posted by Beth Duke, Author of Delaney's People, Don't Shoot Your Mule, It All Comes Back to You, and Tapestry at Monday, January 09, 2012