COME OUT OF YOUR SHELL

That's directly off the cover of the souvenir program for the Alabama Chicken & Egg Festival in Moulton, Alabama. Moulton is beautiful, and my husband and I shared a lot of adventures there yesterday. 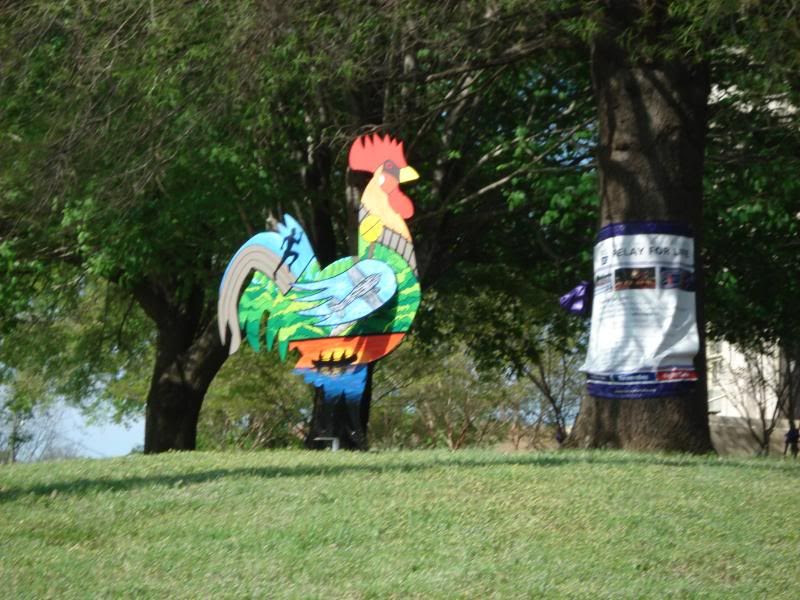 Y'all really need to see this. Not many places greet you with brilliant, vivid rooster sculptures on the town square. There is rich history here. There are graceful oaks. Beautiful old churches.
And chickens. Lots and lots of chickens.

There was a lovely art exhibit. 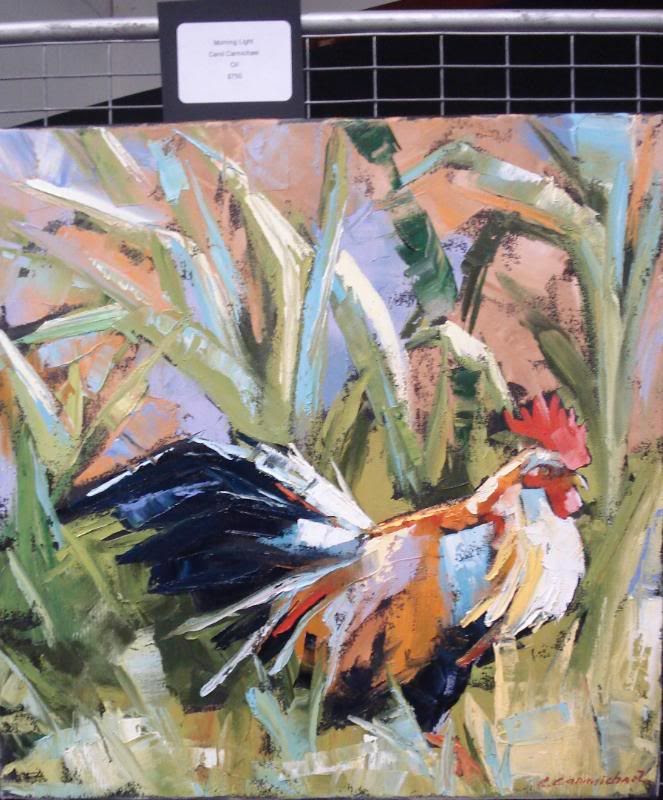 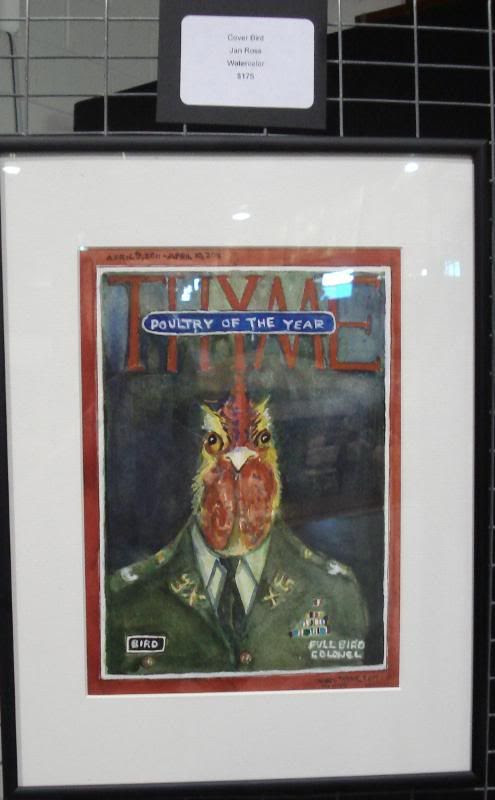 We explored delicious homemade delicacies, and met a lady named Matera. She makes the best peanut brittle you'll ever taste. I took a picture of her in her gorgeous pink hat, but it came out blurry and I was heartbroken. Matera is simply terrific, and you should get yourself some of her candy. Ours didn't make it all the way home. 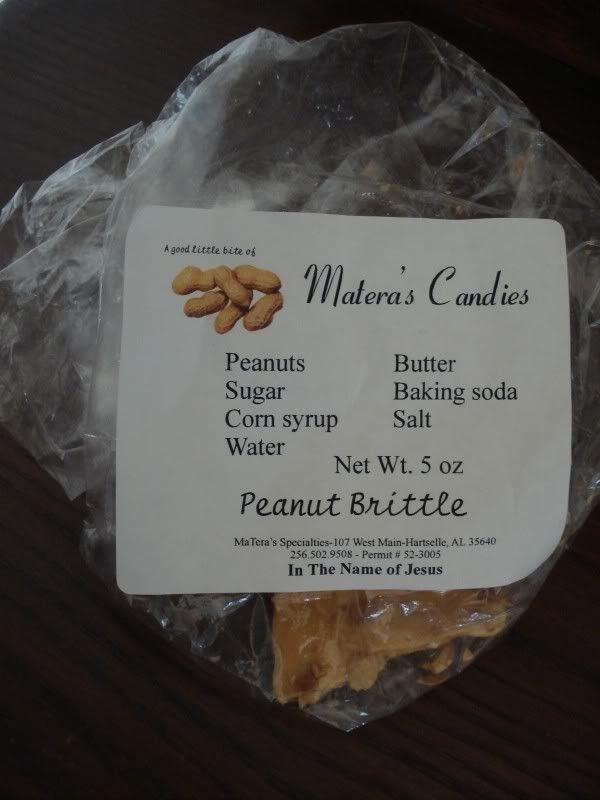 There was Venice Gelato, and it was fabulous. 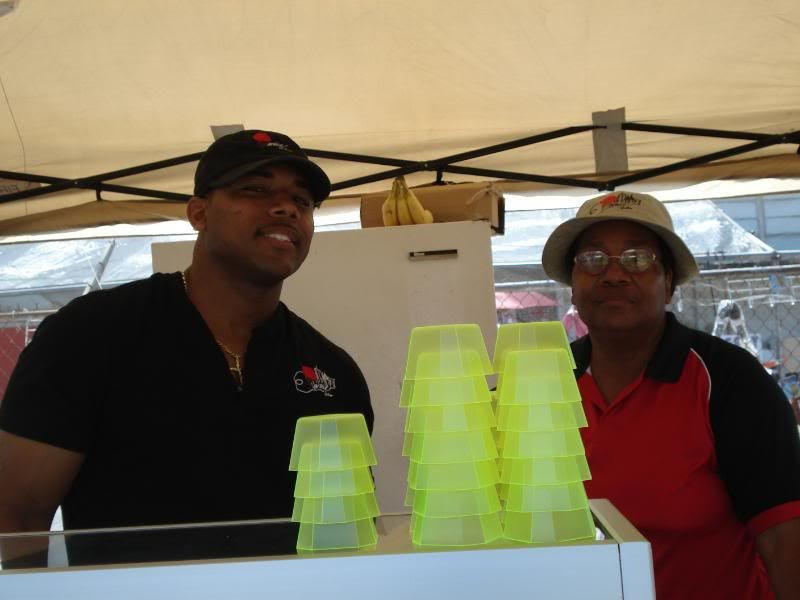 Italian ices, funnel cakes, hot caramel banana sundaes, pizza, fried dill pickles, fudge-dipped cheesecake, nachos, ribbon fries, french fries, and I am sorry, but . . . chicken. On sandwiches, in stew, on a stick, and in popcorn form. I felt guilty walking past the poultry tent with cooked cousins of the participants, but I did it. And it was good.
Take a look at these birds: 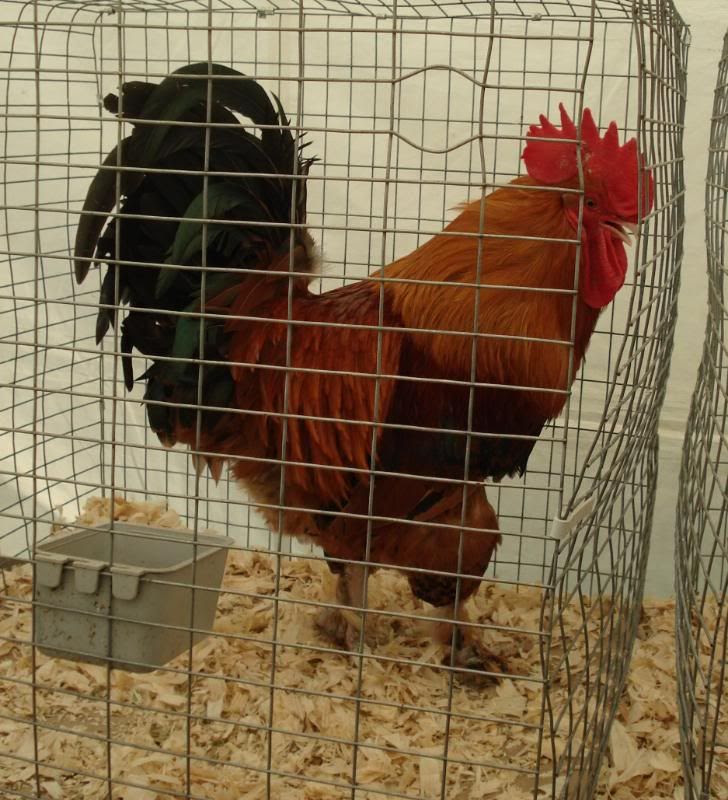 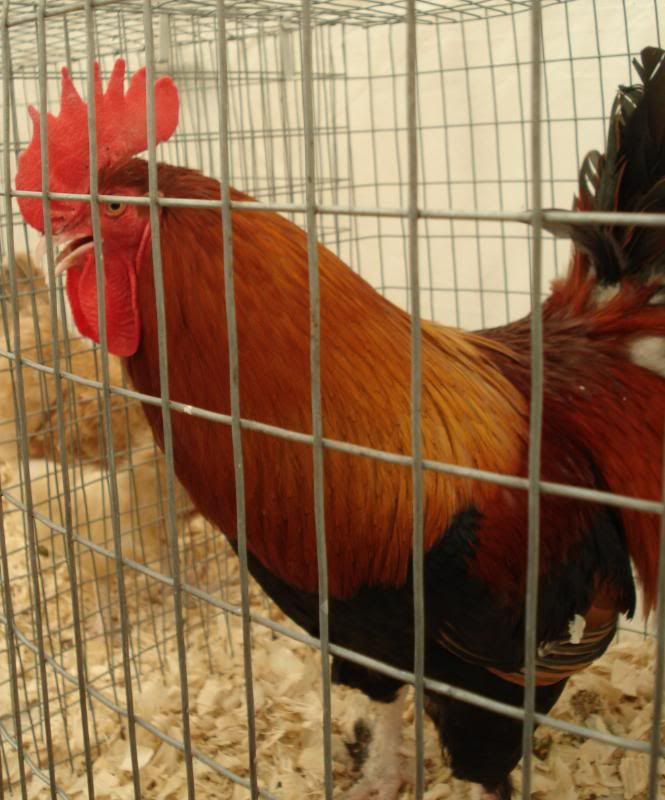 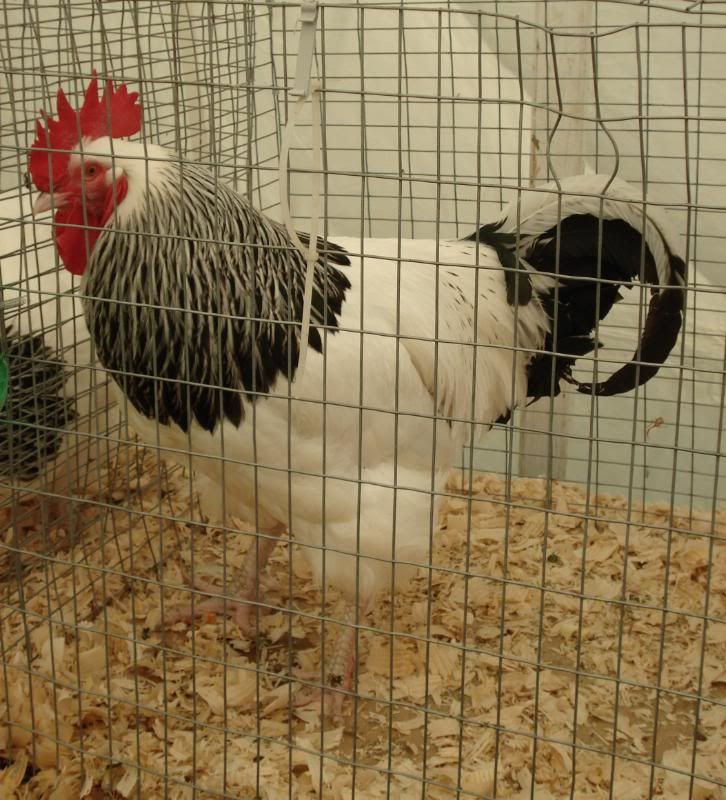 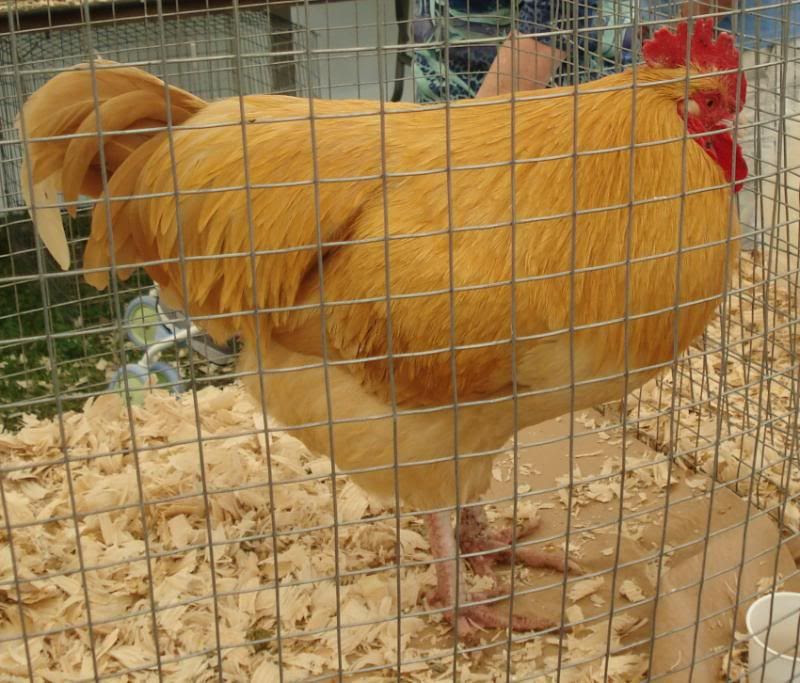 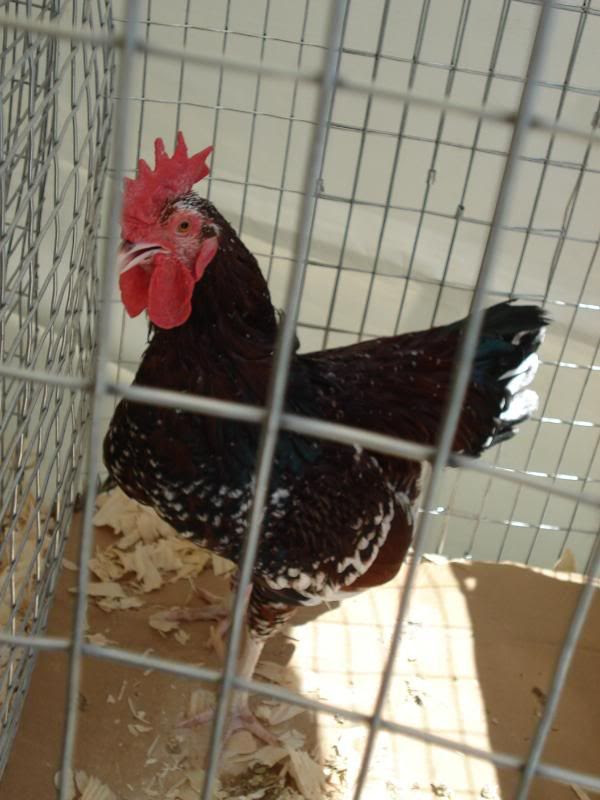 That is a rather slender Speckled Sussex. Maybe Elizabeth and Dierks need to go on a diet. 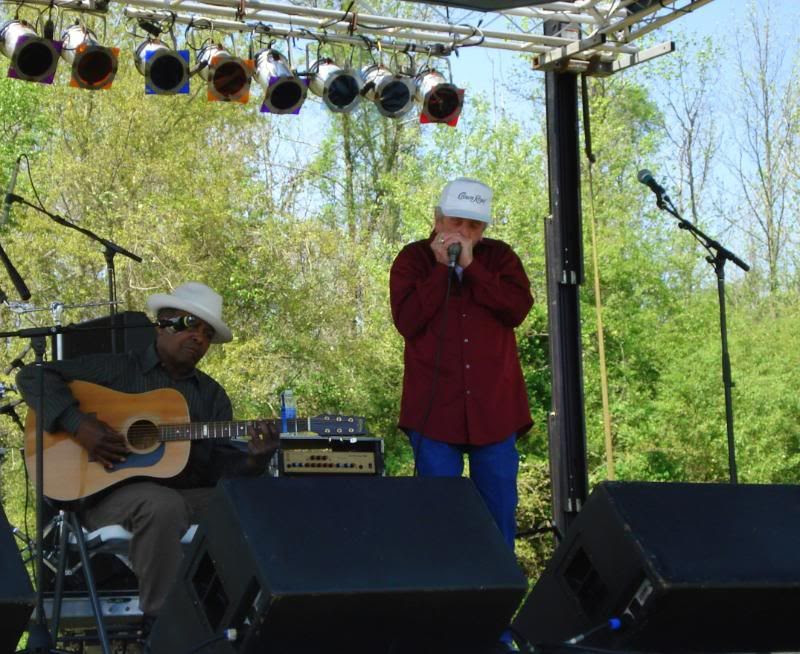 We arrived in time to catch Po' Henry and Tookie. Great blues. This is from their Southern Artistry Profile Page:
"Po'Henry & Tookie's musical style (genuine delta blues) has been influenced by their lifetimes of living, working, and music-playing in the midst of the cotton-farming culture of Richland Parish, Louisiana.
Henry Dorsey, African-American, born 1928, Oak Ridge, LA - The only child of a cotton sharecropper, Henry, at the age of eight, began teaching himself the basics of the guitar on a "broom wire" attached to the side of this wood cabin home. Soon friends and neighbors were coming from all around to hear Henry play the "slide broom-wire." Naturally left-handed, Henry taught himself to play the guitar right-handed. Henry's forceful, piercing voice and raw acoustic guitar style are true to his Delta roots.
Marlan Wayne "Tookie" Collom, Scottish/Irish-American, born 1937, Vivian, LA - Influenced by his harmonica-playing grandfather, Tookie began playing at age eleven. During the 1960's Tookie was lead singer and harp (harmonica) player in The Roller Coasters, performing throughout the South. Although Tookie continued singing and playing with various bands over the years, family responsibilities kept him at the steady day-job of cattle and cotton farming for the next twenty-five years.
In 1986, Henry and Tookie were brought together by a mutual acquaintance. They've been consistently appearing together now for approximately 20 years.
Although both are retired from farm work, each has experienced firsthand, the changing culture of the rural South, as cotton work has changed from handwork to the automated process it is today."
Po' Henry and Tookie 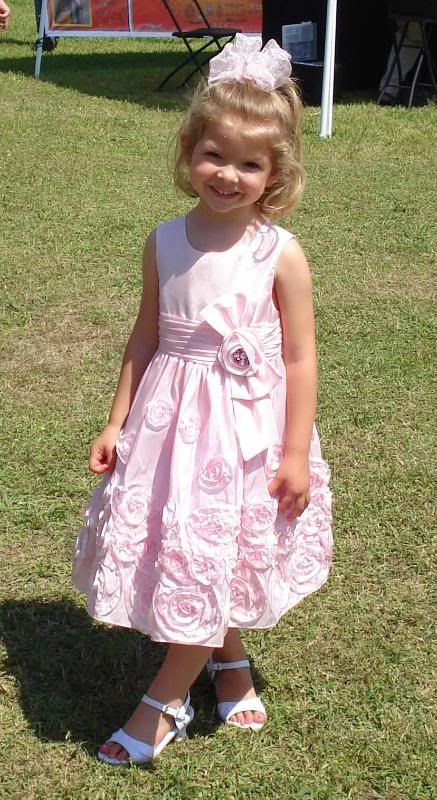 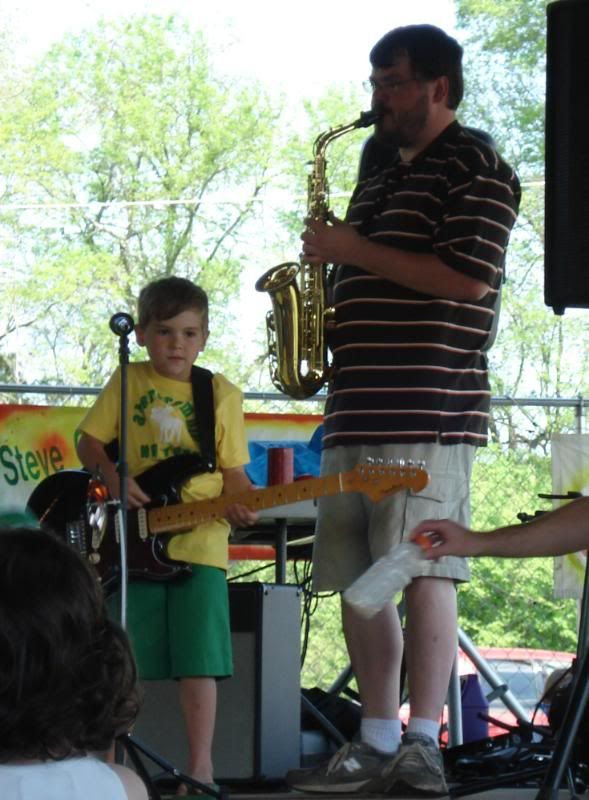 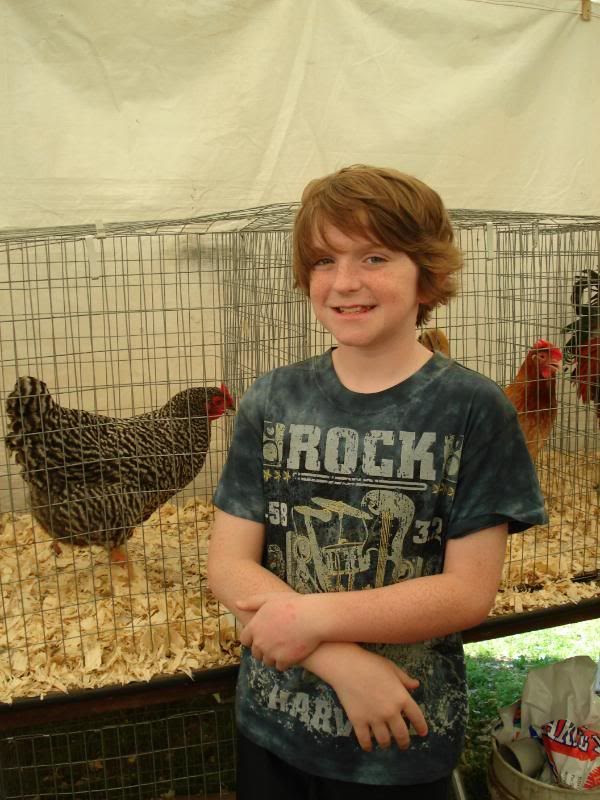 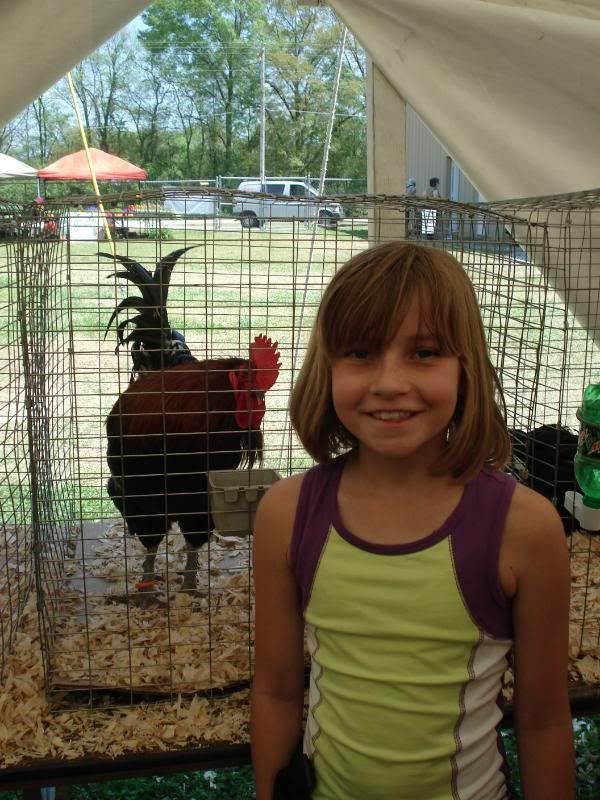 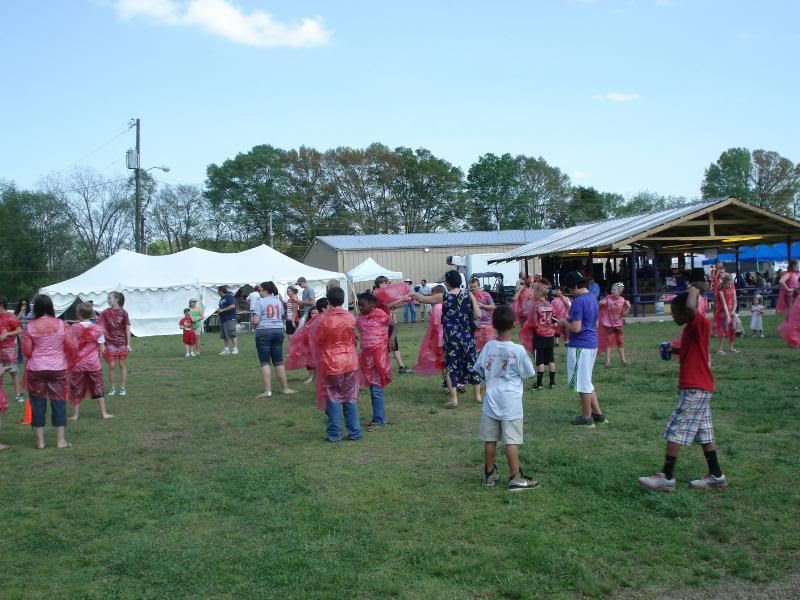 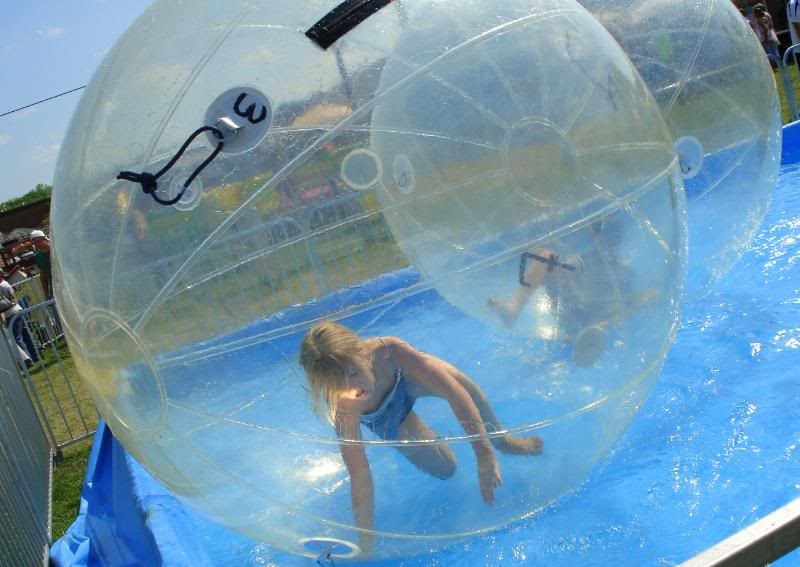 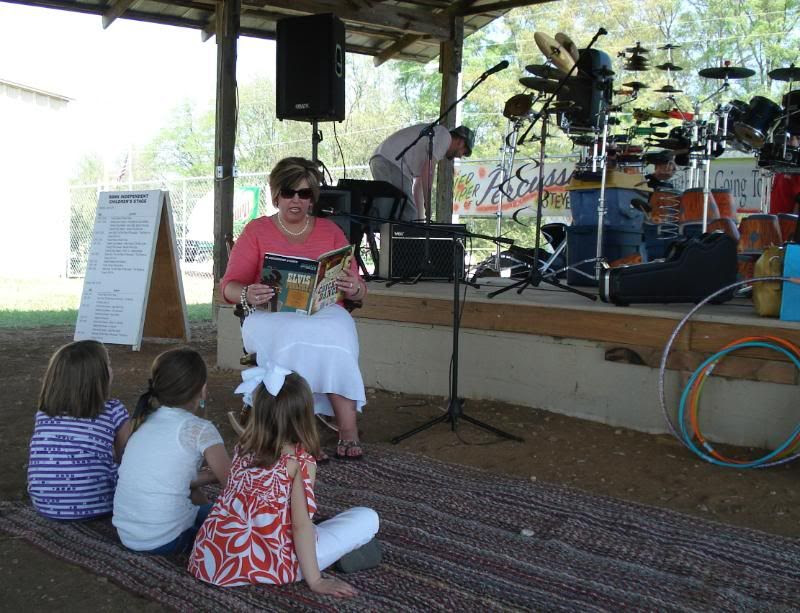 Circuit Judge Angela Terry read Chicken Dance, and her audience ate it up. 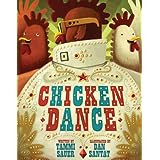 By the way, I love this book. 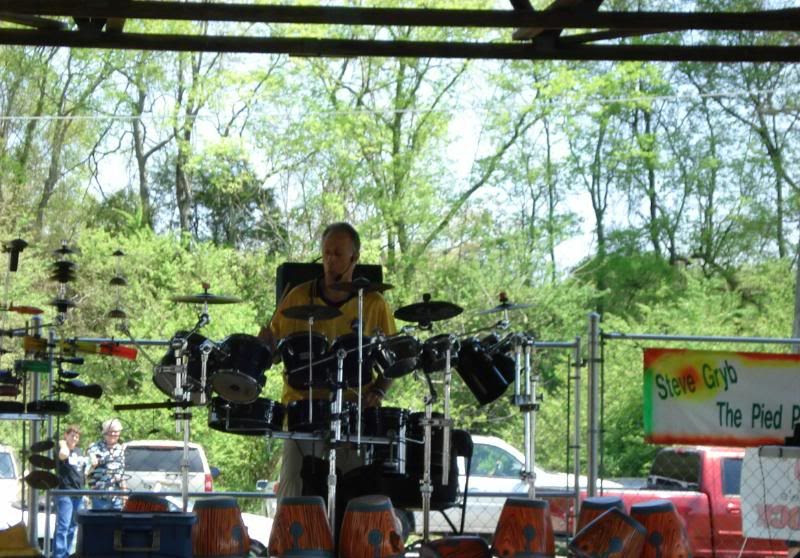 Steve Gryb, The Pied Piper of Percussion. The guy has rhythm, and it's going to get you. 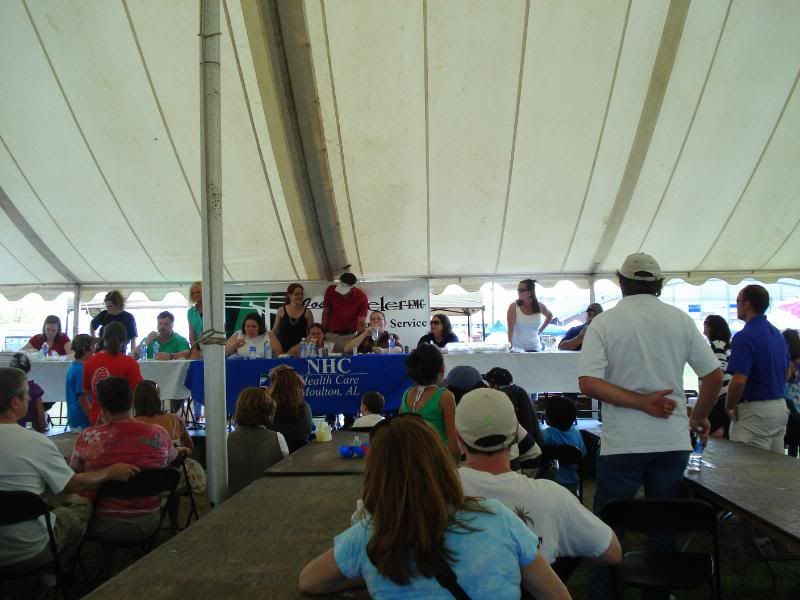 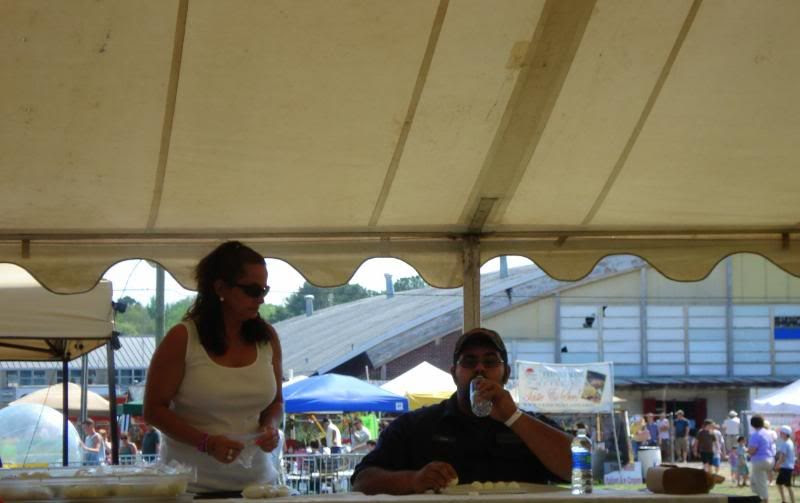 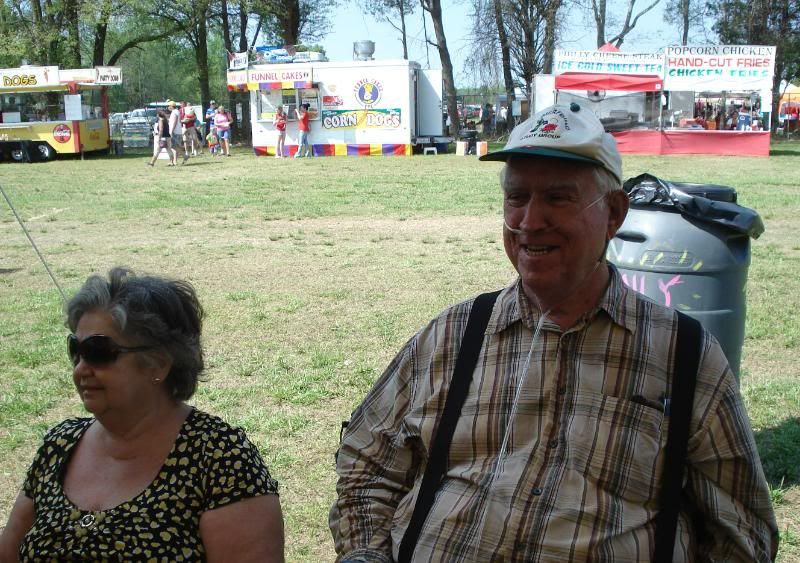 Thank you to the charming people of Moulton for a fun-filled day. It was a bit on the warm side, but we stayed pretty cool. Just when you think you've seen everything . . . 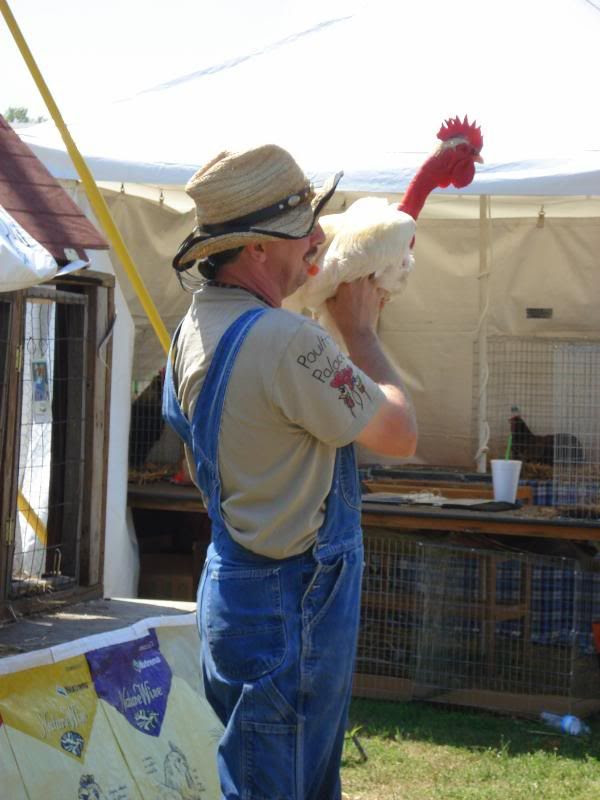 You should plan to attend next year. I certainly will. Because . . . 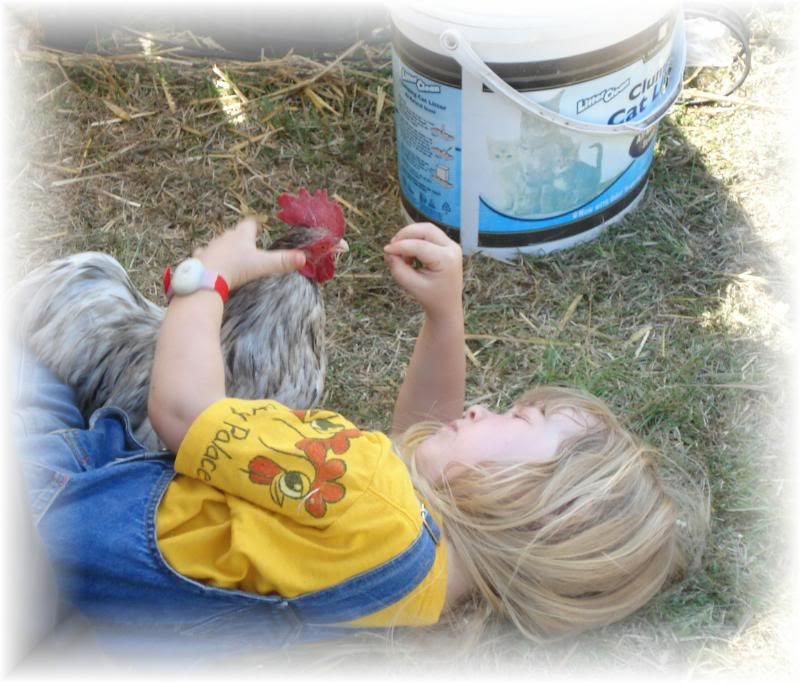 . . . some people just love chickens. And eggs. And festivals.


Love from Delta.
Posted by Beth Duke, Author of Delaney's People, Don't Shoot Your Mule, It All Comes Back to You, and Tapestry at Monday, April 11, 2011