Dear Monroeville, I love you. 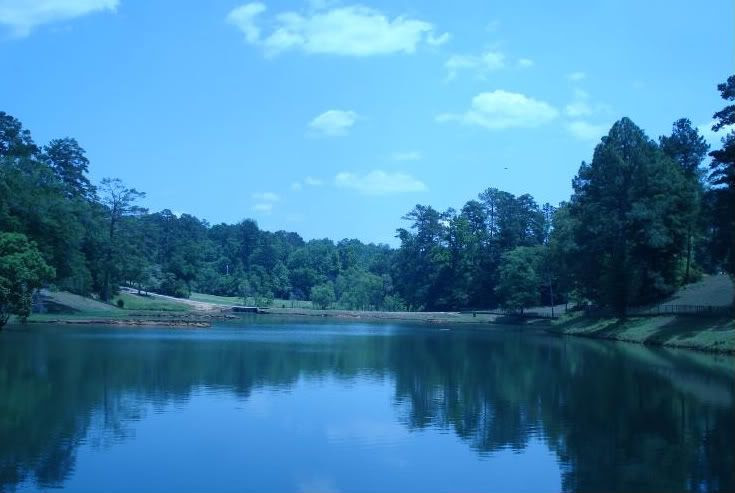 In January, I found my voice at an Atlanta Writers Club event (see House On Fire). On May 6th, I lost my voice at the Alabama Writers Symposium in Monroeville. Fortunately, I am speaking literally and not figuratively. By the end of the festivities, I was whispering to people through my laryngitis . . . but it was so worth it.

Alabama's Literary Capital gets its nickname from the fact that this is the land of Truman Capote, Harper Lee, Mark Childress, and Cynthia Tucker. It is said that if you drink the water, you derive magical inspiration. I guzzled. (It helped the throat.)

I arrived at the beginning of Friday's elegant luncheon. In my usual Lucy Ricardo style, I plunked down at a table and asked where the famous authors were in the room. I was sitting with Frye Gaillard, the writer in residence at the University of South Alabama, at the time . . . but I didn't know that until a few hours after I asked to trade my roll for his stuffed squash. Next to me was Joe, a very nice man who writes for the Andalusia Star News. Singer/songwriter Kathryn Scheldt was two seats over.

Next time, I'll just seat myself delicately and ask someone to please pass the salt and pepper.

After lunch, my scratchy throat was worsening. I decided I needed a nap back at the motel. That's when I met Portia, who became my surrogate daughter for the balance of my visit. She was working as a transportation specialist for the symposium through Alabama Southern College and hauled me around town, fussed over me, and even gave me a ticket to the sold-out annual performance of To Kill A Mockingbird. (This is Harper Lee's hometown, after all.) The play was very professionally done and featured an exceptional young actress as Scout. I was asked to make a guest appearance as a thirties era housewife riding in a mule drawn cart. My role was to look at Miss Maudie Atkinson standing on her porch and wave. I like to think I pulled it off with aplomb, but there are no photographs in existence. I enjoyed my one minute of fame (that's what the mule cart driver called it).

If you know me at all, you may be beginning to sense why I adored the people of Monroeville. Everywhere I went I encountered friendly, charming, thoroughly Southern men and women who welcomed me to their town. I was surrounded by brilliant writers, and only wish my voice had been a bit less raspy. It was darned hard to talk as much as I'm inclined to.

Roy Hoffman and Sena Jeter Naslund were particularly interesting to listen to—I have to read their books now. I arrived too late to hear Joshilyn Jackson, but talked to enough who attended her presentation to know she was in her usual rare form. I also missed the session with Harper Lee Award winner Winston Groom. Darned sore throat.

We concluded with a tasty champagne brunch at the Monroeville Community House featuring Sonny Brewer. I've been a fan of Sonny's ever since meeting him in Atlanta last year. He autographed my new copy of Don't Quit Your Day Job, and I can't wait to read it. (Note to my Bradenton friends: Sonny Brewer is an excellent candidate for the annual Library Foundation luncheon. I promise he would be witty and keep people awake.)

Here are some scenes from my trip: 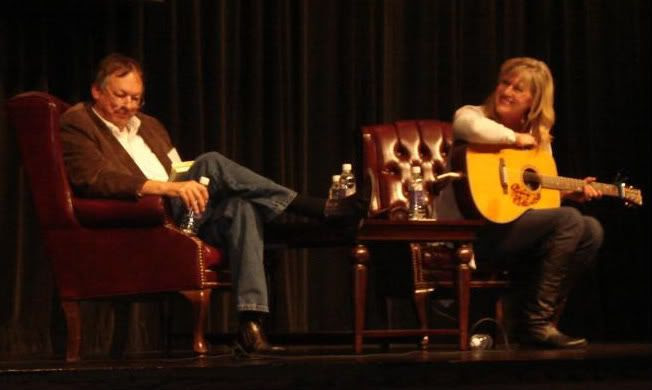 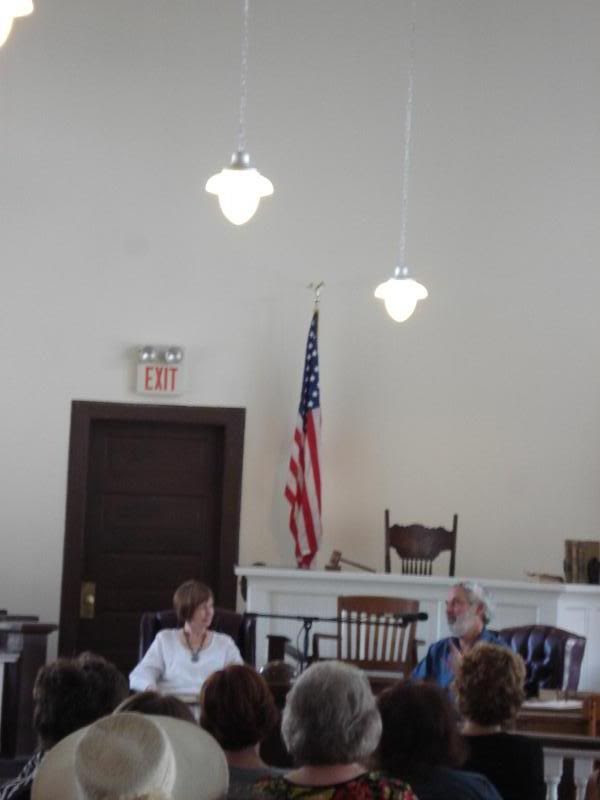 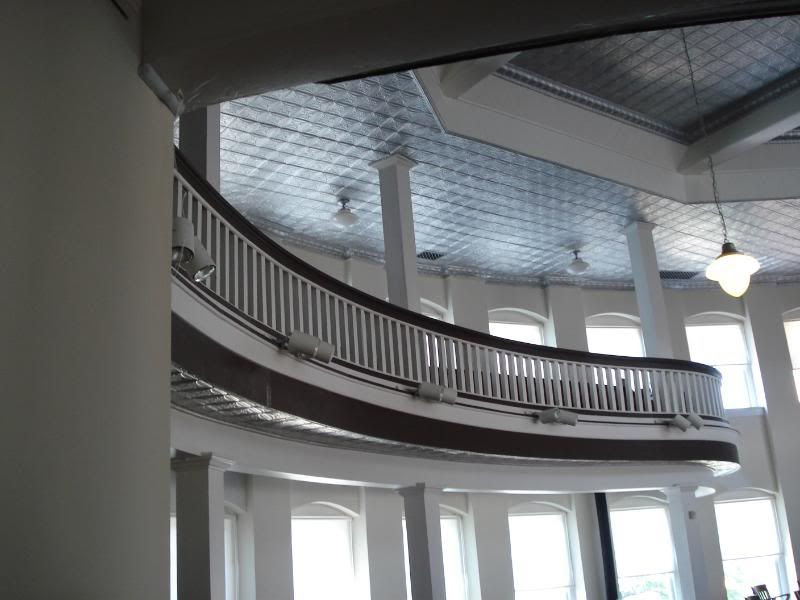 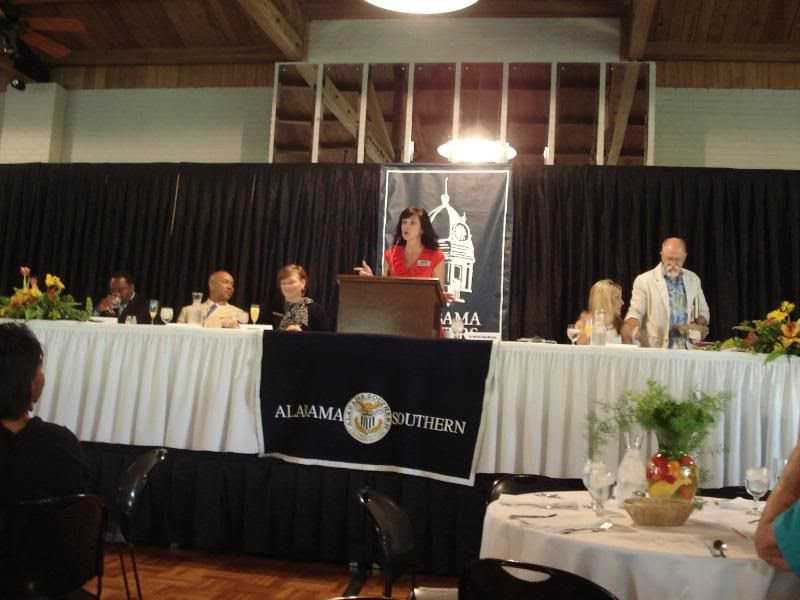 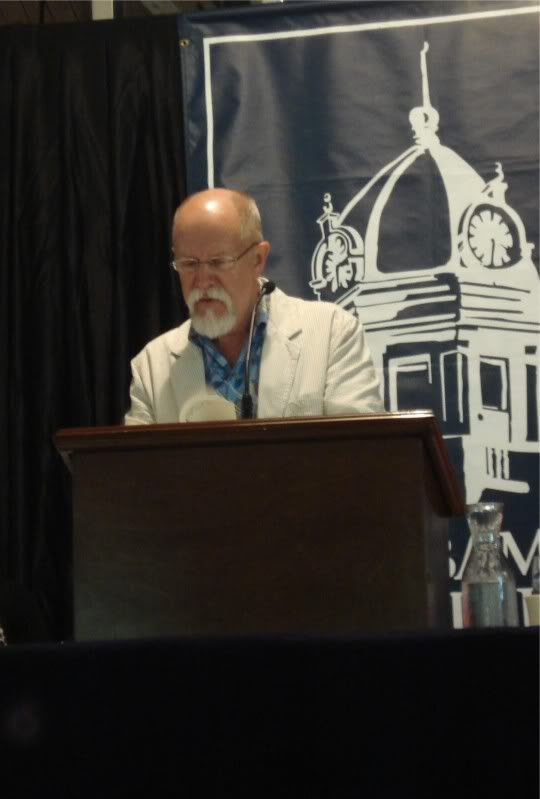 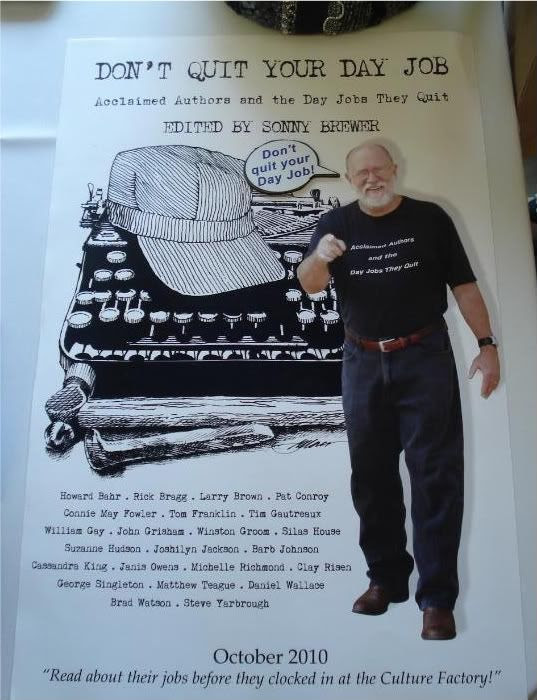 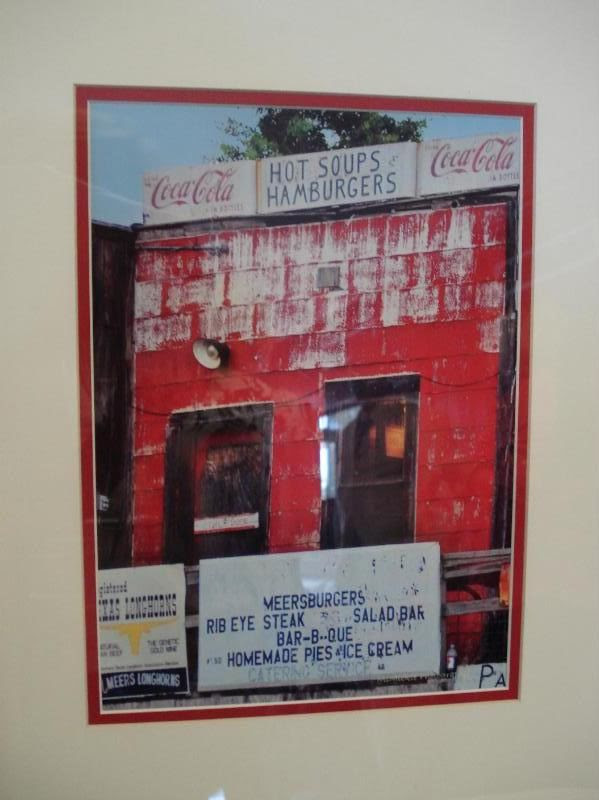 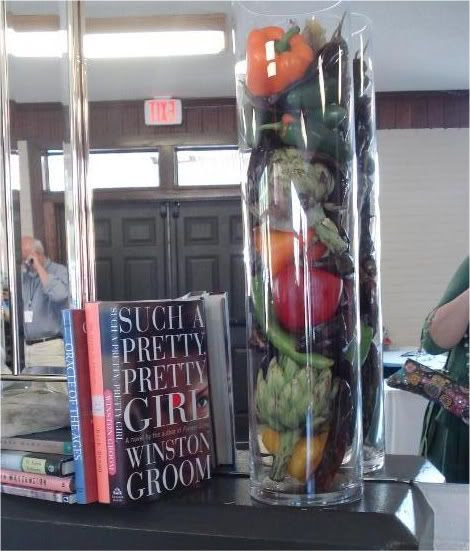 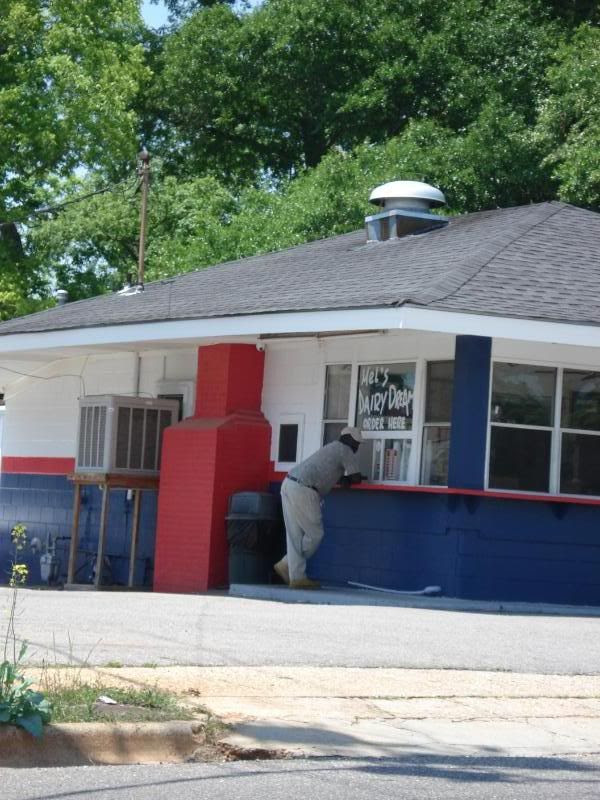 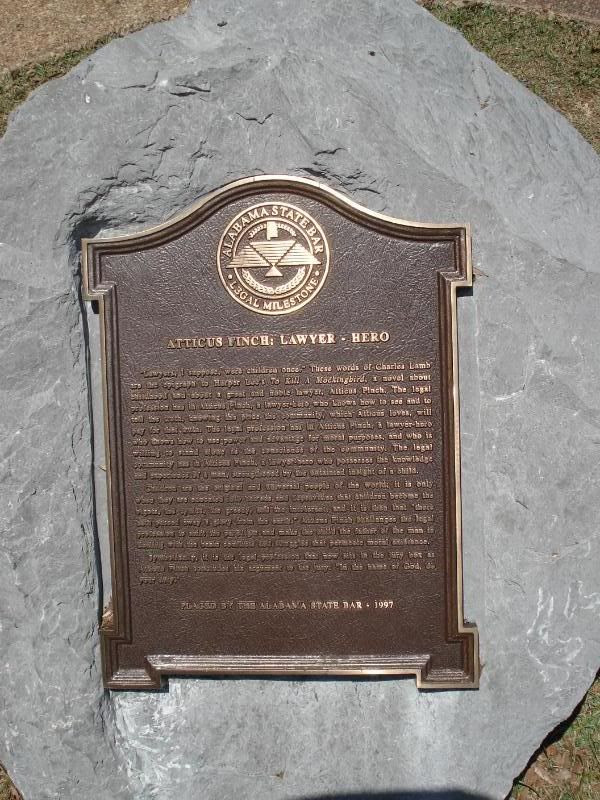 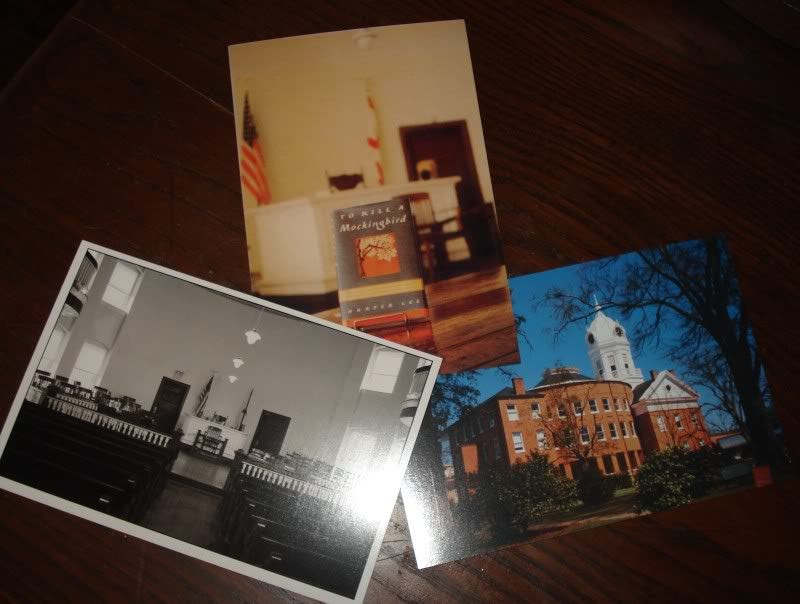 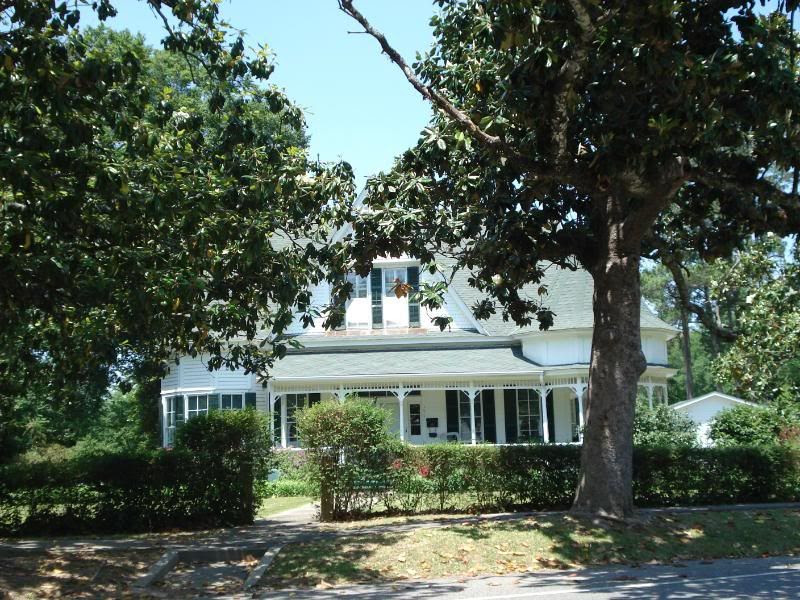 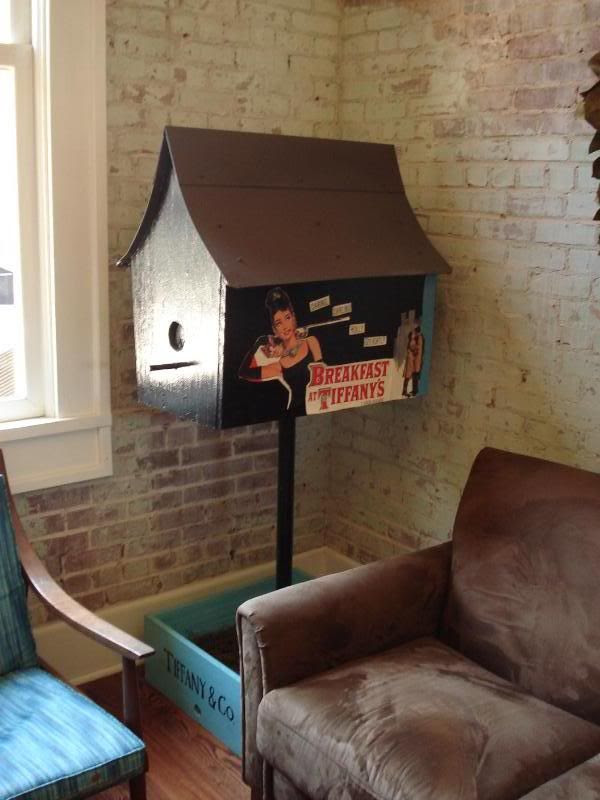 Only in Monroeville . . . this is in the excellent Beehive Coffee & Books.
Thank you to Portia and all the other fine folks in Monroeville. I had a great time. 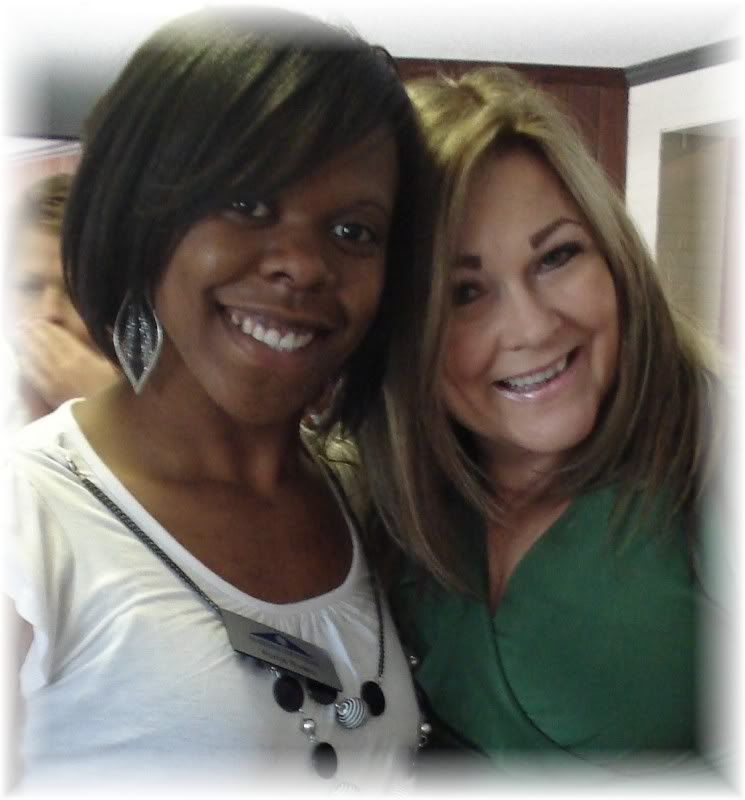 Love from Delta.
Posted by Beth Duke, Author of Delaney's People, Don't Shoot Your Mule, It All Comes Back to You, and Tapestry at Sunday, May 08, 2011