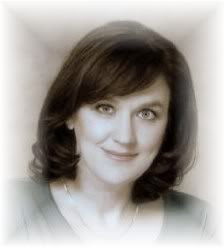 She scared the hell out of me.

Joshilyn Jackson is a huge author and a brilliant human being. I had to sit across a table from her in Atlanta and have my fledgling work evaluated by Her Royal Writerness. My palms were sweaty. I had to remind myself to breathe. This was the woman who told her audience she was crazy and had downed a significant amount of Jack before summoning the courage to get her work published. She's pretty, she's on top of her game, and you want her to like you. To really, really like you.

I never did figure out if she liked me . . . maybe not. I had the audacity to tell her later that day that I was not crazy about her debut novel, because I am freakishly offended by most portrayals of my home state in the media. On the other hand, I acknowledged that she's a wonderful writer, and I loved her other books.

I tried to sit very still during our initial conversation as she remarked on the twenty page manuscript I'd submitted in advance. She said my opening chapter was one "vicious, hard edit" away from being something wonderful. My shriveled ego responded internally, "Huh? It's great as it is."

She went on, "You can write. You can write like a house on fire." My ego perked back up and ran home to do just that.

Thanks to Ms. Jackson, I found myself an editor and discovered I had more work to do. Fingers flew across my keyboard. Connections were established. Publishers were contacted. My writing career began to take shape.

Whatever happens, I owe some of it to her. And I like her. I really, really like her.

To book groups everywhere, including my own Well Read, Well Fed friends in Florida, I recommend Between, Georgia, The Girl Who Stopped Swimming, and most especially Backseat Saints. It is her new novel featuring Rose Mae Lolly. (She first appeared in gods in Alabama, the one I occasionally gripe about.) Backseat Saints is fantastic. Here are some impartial reviews:

"Backseat Saints will pull you in and won't let you out until the last page. Raw, tangy and funny, it is an enthralling peek into the secret sorority of mistreated women. Follow the journey of one courageous, witty woman who decides, I'm not going to take this anymore. I love reading about smart, flawed and ultimately wise women, like Rose Mae. " (Kathryn Stockett, #1 New York Times bestselling author of THE HELP )

"The arrival of a Joshilyn Jackson novel feels like the first perfect day in a favorite season and BACKSEAT SAINTS is no exception." (Laura Lippman, author of LIFE SENTENCES )

"From the moment I began reading, I could not put this book down. Rose Mae is an enduring character with a fierce and unstoppable spirit. This is a beautifully written story about an important subject. Pass the word." (Brunonia Barry, New York Times bestselling author of THE LACE READER and THE MAP OF TRUE PLACES )

This one is a must read, folks. Joshilyn Jackson is among the most talented authors gracing bestseller lists these days, and she does not disappoint.

Not even one-on-one with terrified, trembling neophytes from Alabama.

Read her books—she's fabulous. In person, too.


Love from Delta.
Posted by Beth Duke, Author of Delaney's People, Don't Shoot Your Mule, It All Comes Back to You, and Tapestry at Thursday, May 19, 2011

Email ThisBlogThis!Share to TwitterShare to FacebookShare to Pinterest
Labels: backseat saints, between georgia, gods in alabama, joshilyn jackson, the girl who stopped swimming