Frankly My Dear, I Do. 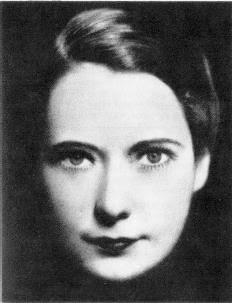 A lot of white Southern women are creatures derived in some fashion from the iconic Gone With The Wind. Most of us grew up with the book (I read it by age nine) and memorized the more dramatic movie passages prior to puberty.
I usually define the chemistry as one part Mammy, one part Melanie and two parts Scarlett, though the balance shifts according to maternal mood. New dresses and shoes tip the scale heavily Scarlett-ward.
Yesterday Jay and I visited the Margaret Mitchell House in Atlanta. That's her on the left, a doe-eyed debutante who shocked society with her wild dancing and got herself blackballed by the Junior League. Years later, Peggy had the world's attention focused on her home city and the League wanted to host an event in her honor. She declined. (I'm not sure how graciously.)
I learned a lot about the authoress during our tour. Our guide (not really much of a Southern gal, but nice) informed us that while Miss Mitchell had a lot of facts right, she erred in her portrayal of "happy go lucky slaves". Now, I think we all agree that slavery was an ugly chapter in our nation's history, just like it was ugly when the Egyptians pulled that number. The Britons, too. I am sure Mammy and Prissy's inspirations would've said their lives were rougher than portrayed by Hattie McDaniel and Butterfly McQueen, but it is a fact that many plantation families nurtured and fed and cared for the black people living on their land. The cruel Uncle Tom's Cabin stereotype is as unfair as the absurd one of a kindly, coddling Master. The truth lies somewhere in between.
I know this: Her concern over the lack of black doctors in Georgia prompted her to donate scholarships for African-American medical students at Morehouse College. Her philanthropy continued throughout her short life. (She died at forty-eight following a car accident.) If you do some research, you'll find that though she was a flapper in the roaring twenties with a fabulous sense of humor, Mitchell also was a lifelong rebel who looked deeply into life and challenged the hypocrisy of society. Secretly funding African-American education was an act for which she could have been killed had it become known to the public.
She was a feminist, too. Her mother, Maybelle, had been a leading suffragist in the early 20th century. Her father was a lawyer who co-founded the Atlanta Historical Society. Peggy was known as an erudite history student though she left Smith College after one year.
Many of Scarlett's travails sprang from Mitchell's life. Her mother contracted influenza while volunteering to treat patients during World War I. Her daughter rushed to her bedside too late, just as Scarlett experienced. A diminutive beauty—she said that on a good day she was 4'11"—Margaret had a turbulent first marriage to a fiery tempered Red Upshaw. Their best man was a kinder, gentler John Marsh. He became her second husband after an acrimonious divorce.
(Rhett and Ashley, anyone?)
One of the big treats at the Margaret Mitchell House is viewing the screen tests of starlets intent on winning the prize role of a lifetime. Paulette Goddard (Charlie Chaplin's longtime love) emoted her way to a glossy hair's breadth from portraying Scarlett. She was a friend of both David O. Selznick's and director George Cukor's. It looked like a lock until a little known British beauty named Vivien Leigh tried batting her lashes on film. Some of the rejects were as campily corny as Hee Haw. Katherine Hepburn was too mannish. Tallulah Bankhead, Susan Hayward, Joan Crawford, Bette Davis and Lana Turner made valiant tries,
mostly with insipid Southern accents. Countless variations on make-up and wardrobe adjustments were attempted, including how little or how large Scarlett's bustline should appear onscreen. 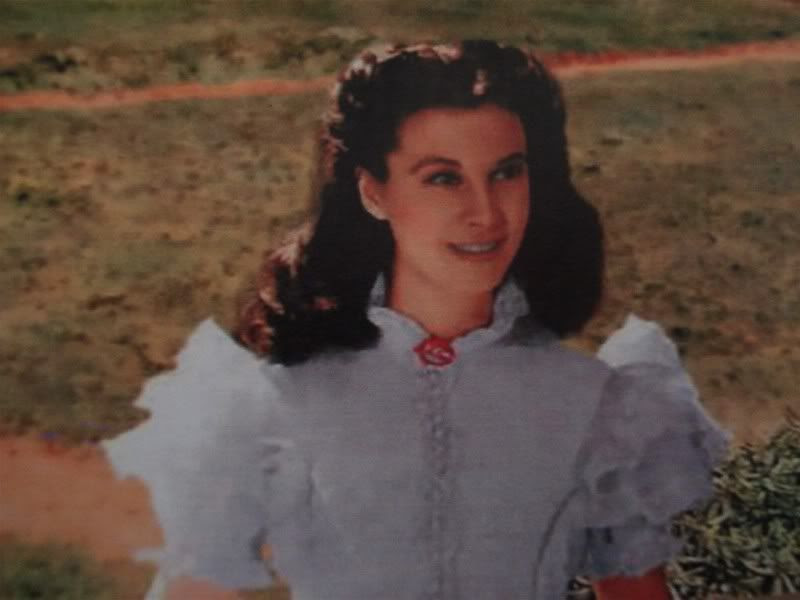 I think they got it just right.

The competition for Rhett was not quite as heated but sure did generate some cheesy screen tests. Clark Gable was born to play his role. In my opinion, the only casting gaffe was Leslie Howard as Ashley. I learned yesterday that the studio spent a great deal of time trying to make him look younger. Turns out he was in his forties when he was cast.
No wonder his brow always looked extremely furrowed with concern over the onset of the war. He was ancient. Too bad Botox was out of the question at the time.


This year marks the 75th anniversary of Gone With The Wind. With its estimated $1.6 billion at the box office (adjusted for inflation), the film may well be the biggest hit in world history. Nothing begins to approach it yet.
The Mary G. Hardin Center for Cultural Arts in Gadsden, Alabama is hosting an exhibit of the world's largest collection of memorabilia from the book and movie.

You can bet I'll be there at least once.

Here are a few tidbits any fan will enjoy:


The Chinese edition of Gone With The Wind depicted . . . gasp . . . a blonde Scarlett O’Hara. A Japanese stage version once had the actors portraying Mammy and Prissy in black face. (The promotional poster is on display.)
GWTW was the first non-children’s film to be heavily promoted through merchandising. The studio authorized countless items of merchandise, from pajamas with the GWTW logo to a replica of Scarlett’s first wedding dress.
Frankly my dear, it’s a little snug: Clark Gable's hat was too small for his sizeable head, so he simply clutched it throughout scenes at the Atlanta dance with Scarlett.
The Loew’s Grand Theater in Atlanta, where the film debuted on Dec. 15, 1939, was demolished after sustaining extensive damage in a 1978 fire. 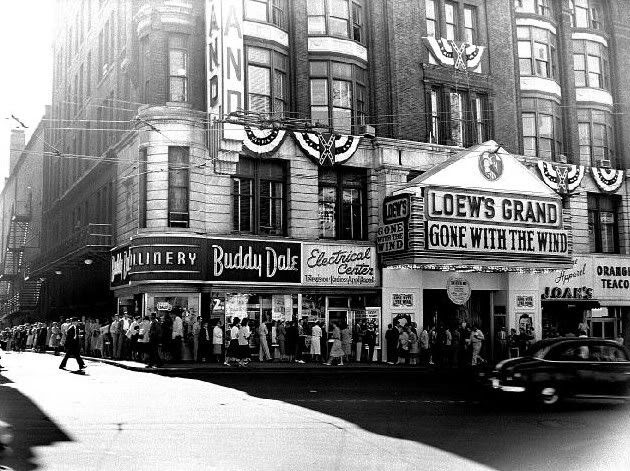 Only Olivia de Havilland, 95, survives her fellow female cast members. That's especially interesting because she is the only one of them whose character, Melanie Hamilton, did not survive Mitchell’s story— she died in childbirth at the close of both the book and film. The last surviving male cast member is Mickey Kuhn, who played Ashley and Melanie’s son, Beau Wilkes. The actress who played beautiful Bonnie Blue Butler, Cammie King Conlon, passed away in September of last year.
When I visit the Gadsden exhibit I'll try to post some pictures Margaret would be proud of.

Gone With The Wind At 75: A Diamond Jubilee

Love from Delta.
Posted by Beth Duke, Author of Delaney's People, Don't Shoot Your Mule, It All Comes Back to You, and Tapestry at Sunday, July 17, 2011

Email ThisBlogThis!Share to TwitterShare to FacebookShare to Pinterest
Labels: gone with the wind, margaret mitchell