It's A Dog's Life


If you've ever had a relationship with a dog . . . and who hasn't . . . you should check out Wilfred on Thursday nights on FX. I watched my first episode last week and found it pretty darned funny.
Elijah Wood has shaved his little Hobbit feet and moved on to a soon-to-be-hit show based on an Australian series. (Good things seem to happen to Elijah in New Zealand and Australia.) Here's the set-up: Wood's character, Ryan, sees his neighbor's dog as a guy in a dog suit. No one else does. Wilfred the Dog has a number of distinctly human habits, like smoking. All kinds of smoking. Here's a clip from an Australian episode:

Does your dog smoke behind your back? Here are the signs.

The very talented Jason Gann plays Wilfred. He co-created the series in his native country and is reprising his role for us Yanks. He is a very talented guy—portraying a sardonic scruffy mutt who leads his neighbor on a journey of self-discovery is not just for any actor. 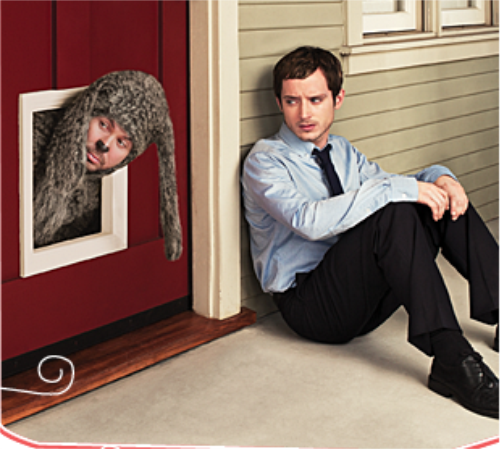 It's a fresh concept and I love it. If you've ever fantasized about the secret thoughts of your dog, you probably will too. Granted, Wilfred takes things to a level of canine intelligence that even the most nauseating frilly-dressed-poodle owners don't attribute to their little darlings. It's a lot of fun, though.


I hope this show will be around for several multiples of seven years.


Love from Delta.
Posted by Beth Duke, Author of Delaney's People, Don't Shoot Your Mule, It All Comes Back to You, and Tapestry at Tuesday, July 12, 2011