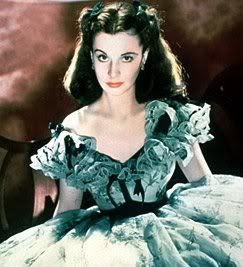 According to Shakespeare, a shrew is known by her “impatient humour,” a “chattering tongue,” “scolding” and “waspish,” bandying “word for word and frown for frown.” She is “froward, peevish, sullen, sour,” and “not obedient to [her husband’s] honest will.” In the end, of course, the shrew is tamed. She places her hand below her husband’s foot.

Yeah, whatever.
Gershon Legman calls the shrew, the 'spirited' woman, by a different name in his foul-mouthed study of censorship Love and Death. "The bitch has been here before," he states. "She was never gone. But, for our generation, first in Gone With the Wind in 1936 was she made a heroine. Margaret Mitchell​ did for bitchery what Edgar Allan Poe​ did for murder—she made it respectable."
Scarlett the character turns seventy-five this year. She's been endlessly analyzed, criticized, lionized and ostracized.
Complicated? She was spoiled, vain, pretty, manipulative, selfish, covetous, unwilling to concern herself with serious topics (War? Fiddle dee dee.), passionate, dramatic and a bit vengeful. Was she a bitch?
I really, really hate that word. It's second only to one other vulgar term for a female I despise. (My close friends can tell you what it is.) In my opinion, a woman has to be hateful and deliberately cruel—at least rude—to earn the label.
I would be interested to hear from my fellow bibliophiles out there. What literary character is truly deserving of the term "bitch"? Let's make a list. I'll start: 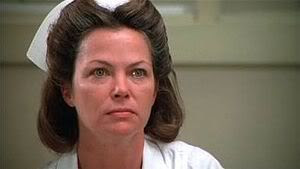 Nurse Ratched
in
Ken Kesey's 1962 novel One Flew Over the Cuckoo's Nest
I think she deserves the title. If we get to ten—through your comments and emails—I'll do a follow-up blog called, "Who Not To Act Like".
In the meantime, as we say in The South, "Be sweet."
Scarlett was. Some of the time.
Love from Delta.
Posted by Beth Duke, Author of Delaney's People, Don't Shoot Your Mule, It All Comes Back to You, and Tapestry at Friday, September 16, 2011