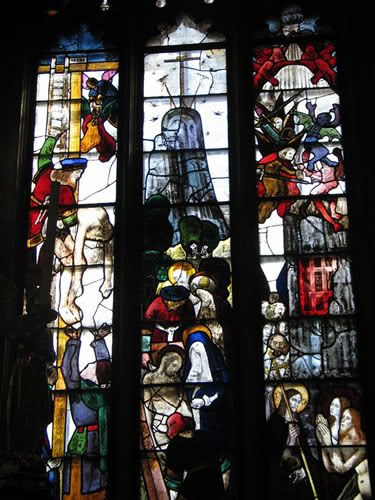 The small southern Alabama town of Bay Minette is giving non-violent offenders a chance to pick between lockup and church.

Operation Restore Our Community will have a city judge offer those found guilty of misdemeanors the choice between working off their offenses in jail and paying a fine or attending the church of their choice every week for a year. WKRG-TV in Mobile, Ala., reported 56 churches in North Baldwin County are participating in the program.

If miscreants choose church, they can check in each week with the pastor or the police department. When the program is completed successfully their case will be dropped.

Bay Minette Police Chief Mike Rowland says it costs his department about $75 a day to jail offenders, so the ROC program is cost-effective. "Longevity is the key," he explained in a television interview. "A 30-day drug program doesn't work. A 30-day alcohol program does not work. But long-term programs to do work, and we believe that's what'll happen here."

Rowland says that there is no separation of church and state boundary crossed here.

I can hear it now: the ACLU, the Jewish Defense League . . . people are being forced into Christianity . . .

Offenders are offered their choice of worship, but I am not sure if there is a synagogue nearby. Nor would I expect to find a Muslim option. The secular choice—well, that would be jail.

We all know how ineffectual drug rehab can be. Is religion the answer? Are congregations being put at risk? Will offering plates be a bit lighter when returned to the front of the building?

What do you think?


Update: Implementation of this program has been delayed while legal issues are examined.


Posted by Beth Duke, Author of Delaney's People, Don't Shoot Your Mule, It All Comes Back to You, and Tapestry at Tuesday, September 27, 2011