I Am Still Trying To Twitch My Nose Like That. 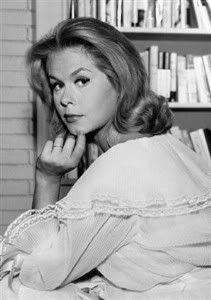 Elizabeth Victoria Montgomery was born in 1933 in Los Angeles, California. She is mostly remembered as Samantha Stephens on Bewitched, a show I watched religiously as a child. I wanted to be Samantha Stephens . . . or at least wiggle my nose and make my room clean.

She was beyond beautiful. Others thought Barbara Eden's Jeannie was the ideal, but I clung to Elizabeth's elegant blonde example. She was a no-nonsense heroine, even in a silly sitcom. I admired her endless rescues of Dick York's (and later Dick Sargent's) Darrin. The guy never could have succeeded in the advertising business without her. 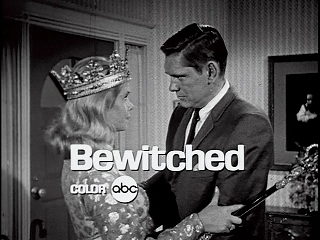 Elizabeth received five Emmy and four Golden Globe nominations for her role. At its peak, Bewitched was considered one of the most sophisticated comedies on the air. It cleverly explored contemporary themes and social issues within a fantasy context.

I just thought she was really, really pretty.

After Bewitched, Elizabeth Montgomery returned to Samantha-like twitching of her nose and on-screen magic in a series of Japanese television commercials. In the U. S., she spent much of her later career pursuing dramatic roles that took her as far away from the good-natured Samantha as possible. Among her later roles were a rape victim in A Case of Rape, Lizzie Borden in The Legend of Lizzie Borden, and her portrayal of a strong woman facing hardship in 1820's Ohio in the mini-series The Awakening Land.

In 1977 she played a police detective having an interracial affair with her partner, played by O.J. Simpson in A Killing Affair. She made a chilling villain in the 1985 picture Amos, playing a nurse in a state home who terrorized residents.

I remember her as the happy wife of Falcon Crest's handsome Robert Foxworth. He was by her side when she passed away at sixty-two of cancer. 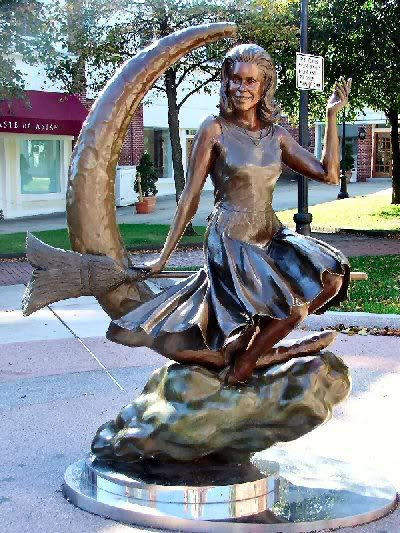 There is a statue of her as Samantha Stephens in Salem, Massachusetts (how fitting).

Here's a clip of Ms. Montgomery in action. I hope you enjoy it, and are as delighted as I to discover Jack Cassidy's and Isabel Sanford's appearances.

Posted by Beth Duke, Author of Delaney's People, Don't Shoot Your Mule, It All Comes Back to You, and Tapestry at Tuesday, July 26, 2011