This Is Depressing, Mac. 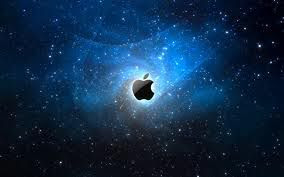 According to The Financial Post, Apple has more cash on hand than the United States Treasury.

Allow me to repeat: more cash on hand than the United States Treasury.

The Treasury Department said Thursday that it has an operating balance of $73.768 billion, compared with the $76.156 billion in cash that Apple recorded on its latest earnings report.

I find this scary.

In all fairness, the numbers aren’t directly comparable, since the Treasury’s number represents how much money the government has before hitting the debt ceiling, while Apple’s cash holdings represent all the money it has available on its balance sheet.
The thing is . . . Apple also actually sees profits and spends its money at a much lower rate than the government.

I am no economist, but something seems out of line here. Should Bill Gates be President? Would he take a big bite out of the annual welfare budget, or lean toward rampant mosquito-netting and AIDS-researching with our tax dollars?


I read this morning that Florida will now require drug testing for prospective welfare recipients. I like that.

Shortly after the bill was signed, five Democrats from the state's congressional delegation issued a joint statement attacking the legislation, one calling it "downright unconstitutional."

"Governor Scott's new drug testing law is not only an affront to families in need and detrimental to our nation's ongoing economic recovery, it is downright unconstitutional," said Representative Alcee Hastings. "If Governor Scott wants to drug test recipients of TANF benefits, where does he draw the line? Are families receiving Medicaid, state emergency relief, or educational grants and loans next?"

I am starting to pay much more attention to the national political landscape now. 2012 should be interesting, whether you anticipate the End of Days in December or a Republican Back in the Oval Office.

Posted by Beth Duke, Author of Delaney's People, Don't Shoot Your Mule, It All Comes Back to You, and Tapestry at Saturday, July 30, 2011