Audi has created a limited edition Chrome Audi R8 which will be auctioned at a classy dinner ball for the Elton John AIDS Foundation. Designed by Damien Hirst, this chrome-clad dream should definitely be the center of attention at the event. I think it's pretty darn cool-looking, but imagine the fingerprints.

The R8 has a 5.2 liter engine and it generates 525 horsepower. 3.7 seconds from 0 to 62—not too shabby. It has 19 inch wheels with performance tires, a Bluetooth seat-belt microphone, Homelink remote transmitter, parking system with rear view camera and awesome Audi LED headlamps. I sat in one of these once in Sarasota, Florida. (Not the chrome kind.) It looks like a sweet ride. 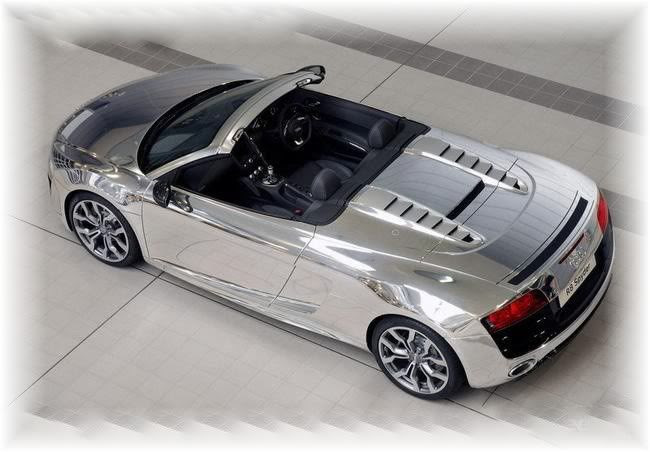 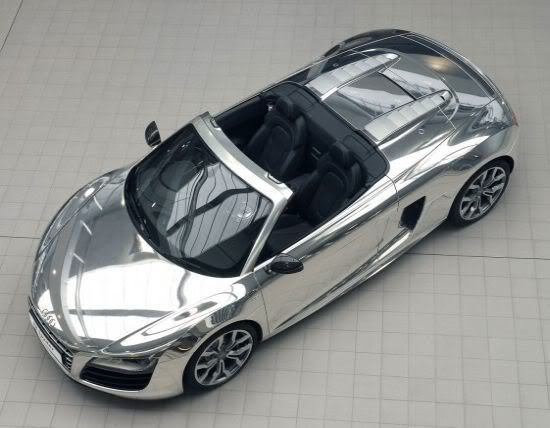 Created in 1992 with a mission to raise funds and lead research, development and awareness efforts for AIDS, the EJAF has managed to collect $220 million in donations for the cause. The foundation has been collaborating with Audi for eight years to create limited edition versions of its cars which are auctioned off at the "White Tie & Tierra" ball held every year. 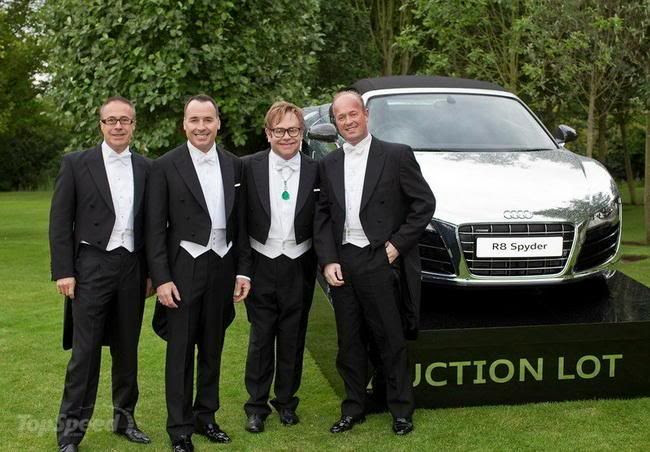 Pretty, isn't it? If you're attending Elton's event—I wasn't invited—pick it up for me, won't you?

Love from Delta.
Posted by Beth Duke, Author of Delaney's People, Don't Shoot Your Mule, It All Comes Back to You, and Tapestry at Sunday, June 26, 2011