The 100 Most Beautiful Words 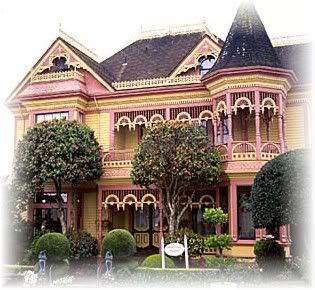 According to some, these are the 100 most beautiful words in the English language. I have considered this and decided to craft a story including each one . . .


Aurora was a dedicated ailurophile. She attended a monthly cat-fan assemblage in her bucolic town, where she was well known for her ebullience and effervescent personality. Since tonight’s meeting was sure to include her old flame Richard, she donned her most becoming and comely diaphanous little black dress. They’d had an erstwhile dalliance years ago, though it was evanescent in light of his betrothal to another local girl, Felicity.

Felicity was fetching in her own way and had a certain glamour, mostly because her father owned Halcyon’s largest bank. In the incipient days of their affair, Aurora was a mere seventeen-year-old ingénue with an unmatched insouciance. Lissome and lithe, she would rest in his arms on the banks of the Susquehanna on summery days, inhaling the petrichor with fugacious pleasure. Richard found this evocative.
“Aurora, you have ineffable pulchritude,” he would whisper in dulcet tones.
She was demure in their verdant demesne. Sometimes they’d walk to the lagoon because the plethora of riparian ripples where the river entered there were alive with tintinnabulation as they crossed the rocks. It was a sumptuous setting. The efflorescence of the redolent daisies, the gossamer wings of the dragonflies in their finery . . . they would remain in her heart forever. What she remembered best was the abandoned bungalow they stumbled upon. There Richard began to beleaguer her with increasingly awkward advances, his cynosure fixated about three inches below her dainty chin.
In an effort to dissemble Aurora’s mother, he’d said he was taking her to gambol in the fields near the river. His true intent was to “discover” the bungalow’s inglenook and give fair Aurora a special lagniappe there. He settled her on the bearskin rug and made the labyrinthine walk around the dusty furniture to light a fire. “It’s summer, Darling, but it’s cool this afternoon,” he told her in a mellifluous voice. As he returned to her side he began to lilt in a most untoward way.
“Richard,” she said, “There’s no music. Why are you dancing like that?” His wafture disturbed her, but she didn’t have the wherewithal to get home. He’d chosen this place for its propinquity to his seraglio, not her humble abode. It was the sempiternal story of surreptitious seduction, quintessential twenty-year-old male behavior.
“Aurora,” his voice was susurrous now, “come closer to me.”
“Richard,” she’d responded, “I haven’t one more scintilla of time to spend here today. I have to get home to make ratatouille and ravel booties for orphan babies.”
Richard settled for a quick kiss that day, a Pyrrhic victory. He had planned to entice her into the bedroom, promising a view of his panoply of pastiches. “Darling,” he asked in a murmurous voice with a furtive glance, “Is it Kevin, my nemesis? I thought I heard you say his name, though perhaps it was a mondegreen.”
“Richard,” she said as she stood in a desultory fashion because of her legs’ desuetude, “I need to go and brood about this. Frankly, your eyes are chatoyant, which is attractive to me. Maybe someday we can conflate, but not today. I have had an epiphany. My own denouement. I know why you brought me here. My forbearance is limited at this point.”
“Aurora, you’re sunburned. Calm down and let me apply this emollient to your fair shoulders. It’s the perfect elixir.” His eloquence persuaded her, though the romantic moment of embrocation was ephemeral. The ethereal coconut and aloe vera smell would imbue and forever haunt her.
Summer’s languor and lassitude led them back to the bungalow eventually in their leisure. Nothing could inure Aurora’s adoring view of Richard until she found out about Felicity. She sought her woebegone panacea in poetry, written in the penumbra of her umbrella as she clutched a talisman in her left hand. It was a sparkling river pebble with imbrications of blue and green, a moiety from a rock Richard had found through serendipity while wading one day. Her magnum opus was called Imbroglio: A Love Story, penned in the offing near Long Island as she relaxed on her new lover’s opulent yacht. Filled with onomatopoeia, it became the title of her first best-selling novel when she reached her late twenties. Her only problem was a vestigial tendency toward elision, the result of a car accident when she swerved to miss a cat in the road at nineteen. Mr. Fluffball was a harbinger—the first of her twenty cats, all of which surrounded her with feline attention in her lonely Victorian mansion.
She placed her palimpsest on her vanity table, waving Mr. Fluffball and Heathcliff away. She hoped Richard would like the dress.
Love from Delta.
Posted by Beth Duke, Author of Delaney's People, Don't Shoot Your Mule, It All Comes Back to You, and Tapestry at Thursday, June 09, 2011