"In Milton, someone plugs in their electric shaver and the street lights dim!!"
That early attempt at literary humor was written at the tender age of twelve or so. It was part of a dispatch from the frozen tundra of Pennsylvania to my grandparents in Delta, Alabama. Milton is a perfectly nice town (though very small), and I made some wonderful friends there. At the time it was home to Chef Boyardee, and it still is.
Chef Boyardee
Before Milton, there was the unfortunately named "Turbotville".
(I have an uncle who jokingly refused to address letters to my mother there, because Turbotville sounds...well...less than poetic.)
I found this tiny letter in some papers while searching for information for my husband last night. It was written on Holly Hobbie stationery in my very precise script. (The only bad grades I ever received in elementary school were for penmanship that was a wee bit too scrolly.)
Holly Hobbie 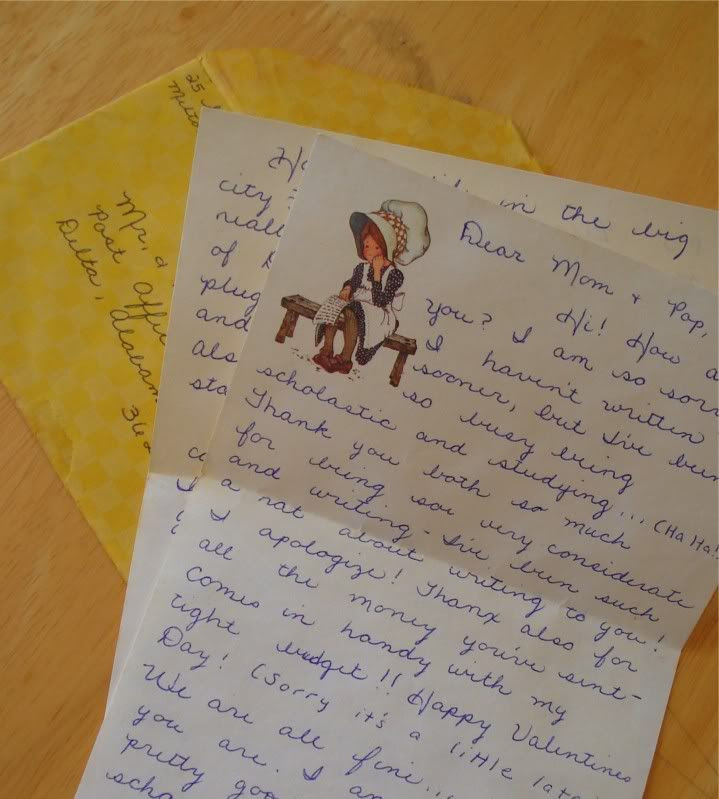 The letter is a great illustration of how much I've loved to write throughout my entire life. Song parodies, guest editorials, ad copy, political rhetoric, letters to friends and family, birthday tributes, poetry...you name it. If it's crafting images with words, I love to do it.
(I once considered starting a business called "GHOST WRITERS IN THE SKY". It never quite took off. Pun fully intended.)

As I've written recently, my husband and I went to see author Chris Bohjalian in Atlanta. One of the things Chris talked about was "finding [his] voice" in Vermont. Now, I am no Chris Bohjalian. He is brilliant and witty and has written some of my very favorite books ever.
But...
After years in Pennsylvania and many many more in Florida, I have been fortunate to return to my beloved Alabama for good. And I think I have found my voice.
It has a strong Southern drawl, and it wishes y'all a Happy Valentine's Day.

Love from Delta.
Posted by Beth Duke, Author of Delaney's People, Don't Shoot Your Mule, It All Comes Back to You, and Tapestry at Sunday, February 13, 2011